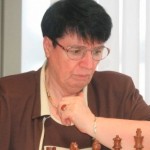 Chess-news.ru brings the translation from Russian.

We cannot hide our disappointment and frustration after reading Garry Kasparov’s statement directed against holding the World Chess Olympiad 2018 in Georgia.

We would like to remind Garry that one of his major achievements in his early career is connected to Georgia. It was exactly in Tbilisi where Garry won the USSR champion’s title in 1976. A long time has passed since then, but for Georgia and Georgian chess players Garry always stayed an outstanding champion, moreover, our grandmasters Zurab Azmaiparashvili and Gia Giorgadze were members of his coaching team for many years.

We hope that once the election fever is gone, Garry will reconsider his attitude towards our country where he has a lot of fans and friends.

Holding the Olympiad is the most significant project for our country which will complete the cycle of the state program of chess development (2014-2018).

Georgia has always been and will always be the state with rich chess traditions and perspectives.