The 2013 Swiss National Chess Championship was held on 11th-19th July in Grächen, district of Visp in the canton of Valais in Switzerland.

Bauer arrived to the last round as the sole leader, but could not defeat former women’s world champion Alexandra Kosteniuk with white.

Six players finished half a point behind the winners. French GM Andrei Sokolov got the best tiebreak score among them to take home the third prize. Standings below.

For the first time in the 113-years long history of Swiss Championship a woman won the absolute national title. Former world champion GM Alexandra Kosteniuk (who holds dual citizenship) defeated IM Ralph Buss 2-0 in the playoff to claim the honors. 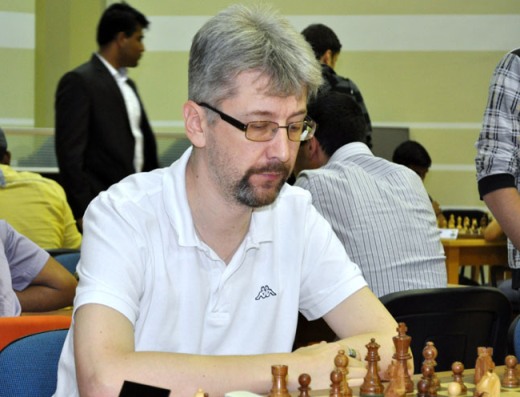