The second Norsk Sjakkfestival (Norwegian Chess Festival) is taking place from 28th of April to 5th of May in Norway.

WFM Maria Bolshakova (Emelianova) from http://www.photochess.com/ brings to Chessdom yet another series of photo impressions from the Norsk Sjakkfestival. See the first part here 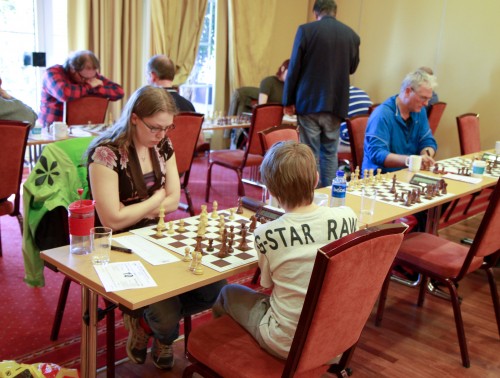 A game from the festival, Young generation is not only trying to play “like Magnus”, but also following the style of the world top-rated player. 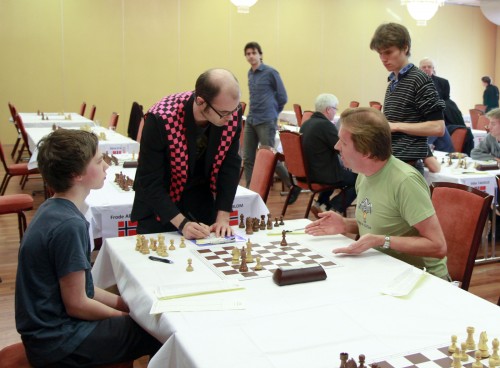 Chief Arbiter of a tournament Hans Olav Lahlum has a very nice “chess uniform”. Besides deciding such common chess situations, Hans Olav is a Norwegian historian, crime author, chess player and organizer, and politician. He has written biographies on Oscar Torp and Haakon Lie, and a history book about all the US presidents 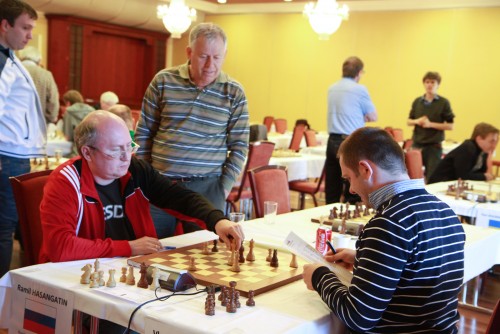 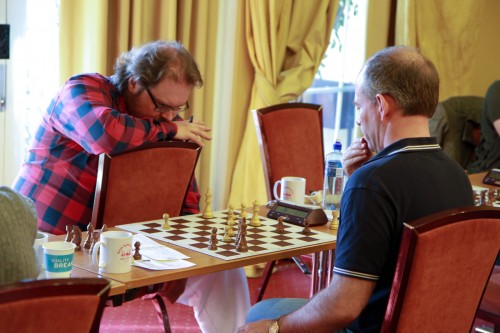 Next to the room of a main Open, a seven-rounded tournament for players with a rating between 1000 and 2000 is taking part. When it is a time trouble some players are using interesting poses for concentration. 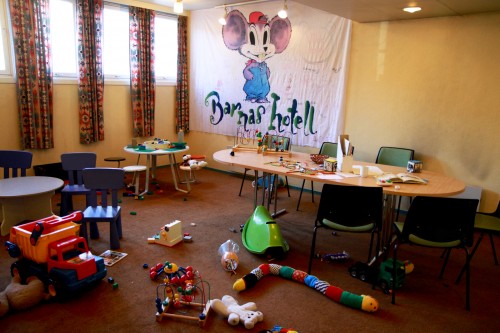 During the festival not only players always can find something to do, but even the smallest kids have their own playing room. 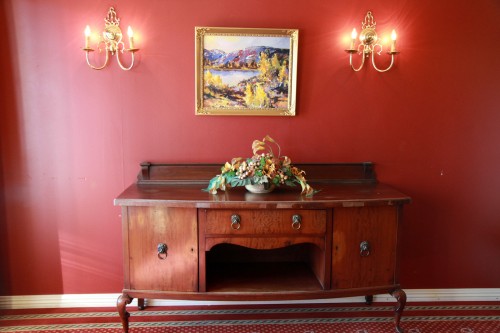 Small part of the interior of the playing area 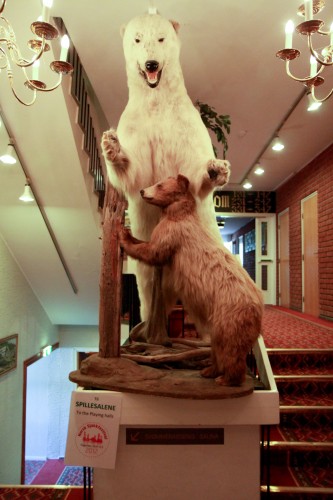 Beside all the activities Quality Hotel & Resort is very nicely decorated: antique furniture, old-styled lights, a lot of paintings. And this lovely pair of polar and brown bears is welcoming (“Velkommen” in Norwegian) players and spectators to enter a chess section of the hotel 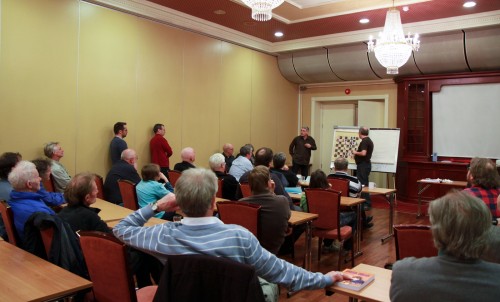 Even at at 10 PM Grandmaster’s corner is opened for anyone interested in analyzing games of leading players. Ramil Hasangatin is sharing his impressions of the game against Vladimir Georgiev. 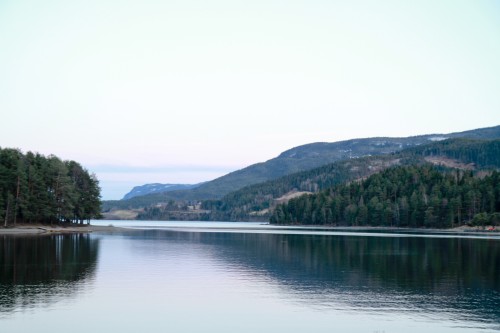 After a delicious dinner nature welcomes you to walk around: air is already becoming, cool but it is never really dark here. 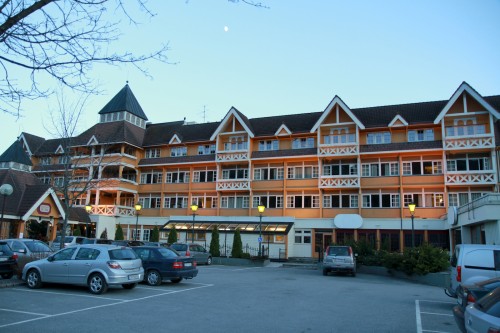 Moon on the sky, soft evening light around the hotel, small restaurants and ice-cream cafes in a walking distance, an incredible silence after 11 PM, and of course fresh Nordic air. Here nobody has problems with healthy sleep.