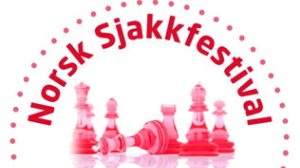 The Festival includes the 2012 Open Norwegian Championship and several other events for all friends of chess, irrespective of their level, from Beginner to Grandmaster.

Group A:
Saturday 28 April – Saturday 5 May
A semi-open IM and GM tournament of 9 rounds, with approximately 10 – 12 Grandmasters.
Open to players with a FIDE rating or Norwegian rating 1800 or higher.
40 moves in 2 hours, plus 1 hour extra to finish.

Group C:
Saturday 28 April – Wednesday 2 May
Open to players with a rating below 1250 or with no rating. (Some unrated players may also be placed in group A or B if previous results indicate this.)
7-round tournament, for national Norwegian rating.
40 moves in 1½ hours, plus 30 minutes extra to finish.

Fagernes is the largest settlement in the valley of Valdres, Norway, with a population of 1,801. Fagernes is the administrative centre of the municipality of Nord-Aurdal.