On the rest day Djokovic played chess against his trainer Boris Becker.

On the photo posted on Twitter, Djokovic appeared to have more pieces in the play, but he hasn’t castled and Becker was already some pawns up. 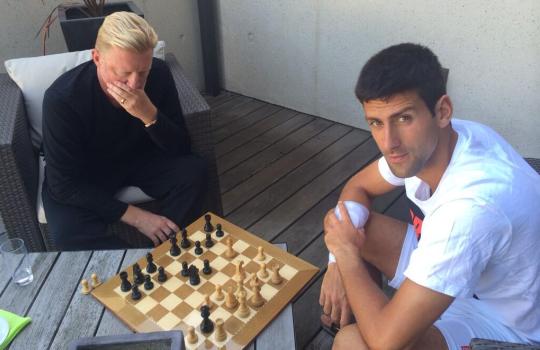 Boris Becker is an avid chess player, who used to play the game to focus his mind ahead of big tennis matches.

In 2011 he appeared at the opening on the London Chess Classic and spoke to Eurosport about similarity of strategies in tennis and chess.