Both Open and Women sections had 12 teams participating. The scoring system was 3 points for a match victory, 1 point for a tie.

In the Women’s League Jelica PEP (Goračići) ended the long domination of the former European champion BAS to take their first title with 31 points. Jelica won ten matches and had a tie with BAS.

BAS also played well, winning nine matches and tying two, but this was sufficient only for the second place. Kraljica PTT Petrovaradin, Nestor Beograd and IN Debrc are relegated. 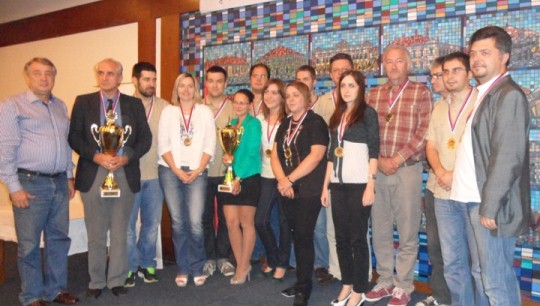