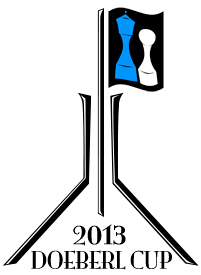 The O2C Doeberl Cup 2013 is taking place on 28 March – 1 April at the Olympus Room of the Hellenic Club of Canberra in Australia.

77 players signed up to participate in the Premier Event, including 11 GMs and 10 IMs.