The team from Padova played without its stars Fabiano Caruana and Hikaru Nakamura, as they were playing in the FIDE Grand Prix. 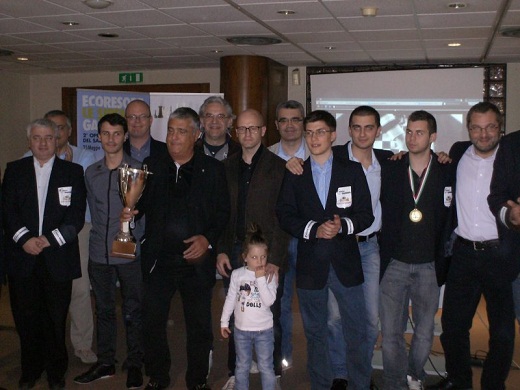 The most dangerous moment was the match against Chieti. After the first two boards finished in draws, Argentine GM Carlos Garcia Palermo and ex-Italian champion GM Michele Godena of Padova were left to battle. Towards the end, Godena, short of time, made a crucial error, but Garcia not only missed his chance to win, but also gave away the point with a blunder.

In the final match of Padova against the Italian Chess Academy of Bologna, the victories of Bulgarian GM Kiril Georgiev against his compatriot GM Krasimir Ruseev, and of Daniele Vocaturo against the young IM Marco Codenotti were decisive. 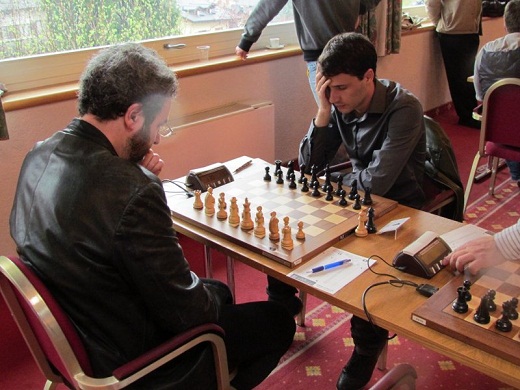 Some of the numbers of the main event: 14 teams in the Master, 115 players, 19 Grand Masters, 19 International Masters, 29 FIDE Masters, 16 nations represented.

The women’s title went to the first team of Chieti, Fischer 1, followed by Scacchisti.it of Vejano (VT) and the Arrocco of Rome. 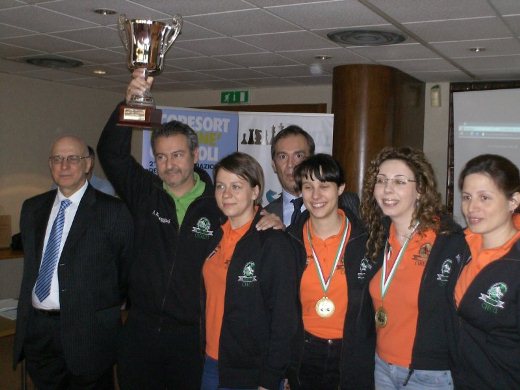 Chieti Fischer 1, the winning team at the women's tournament 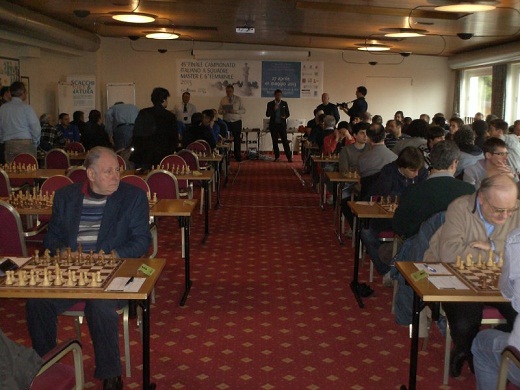