IM David Larino takes the sole lead in the Oliver Gonzalez Memorial by winning in the 8th round against IM Alejandro Moreno, while the other players with 6 points, GM Ibragim Khamrakulov and FM David Anton, drew their game against each other and IM Pablo Almagro lost against GM Oleg Korneev, who had 5.5/7.

It is worth to mention that GM Khamrakulov held a worse position against FM Anton after arriving to the playing hall 55 minutes late (the waiting time is 1 hour!). Another phenomenon happened from board 5 to 9: the players with black won all their games!

The second karaoke night was a much bigger success than the first, and was attended by over 20 participants of the Memorial.

Replay the top games on the Chessdom/Chessbomb platform. 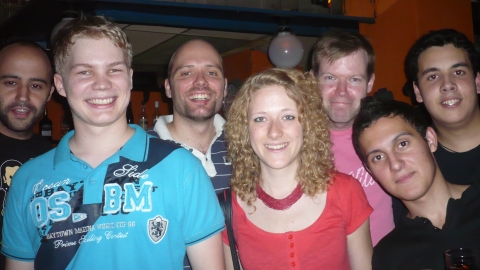 Players at the karaoke 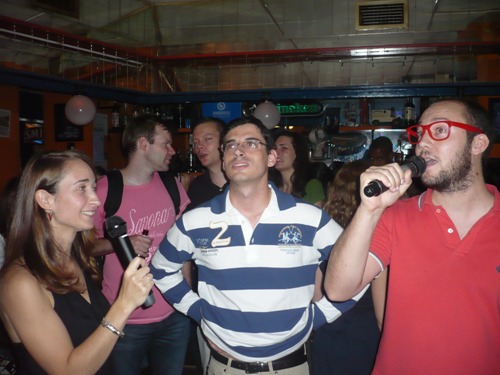 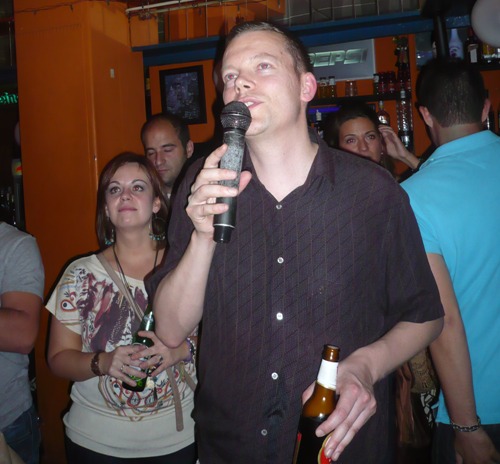