White is “more than OK” in the fourth round of the Oliver Gonzalez Memorial – on the top 7 boards of the daily group six games concluded in 1-0. 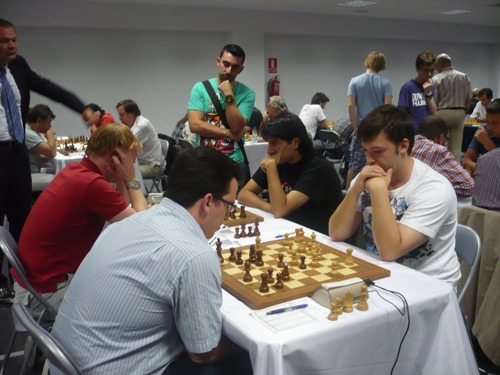 The other surprise player of the tournament, Rafael Gonzalez keeps on performing well – this time he drew against his 250 point higher-rated opponent. GM Ruslan Pogorelov played one of the longest games of the tournament, it took him 118 moves and 5 hours to triumph over his 2100-rated rival.

Follow the thrilling games of the top boards today as well from 18:30 on Chessdom/Chessbomb platform. 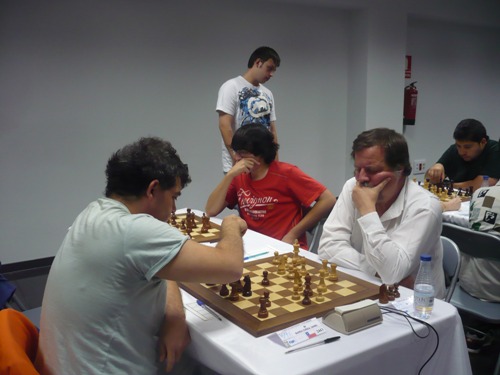 Rafael Gonzalez (in white shirt, rated 2186) drew against IM Daniel Barria and is currently on a 2446 performance

Tuesday’s social event included the Spain vs. Scotland football match, which the players could follow on the TV placed in the analysing room especially for this occasion.

The football activities will continue on Wednesday in the form of a match between players and arbiters(!) of the Memorial, and on Thursday with a visit to Real Madrid’s home, the Santiago Bernabeu stadium.

The most popular event, however, will be a non-football happening – a magic show with card tricks, Chinese bamboos, costumes and light effects, brought to the participants right at the playing venue Wednesday evening. 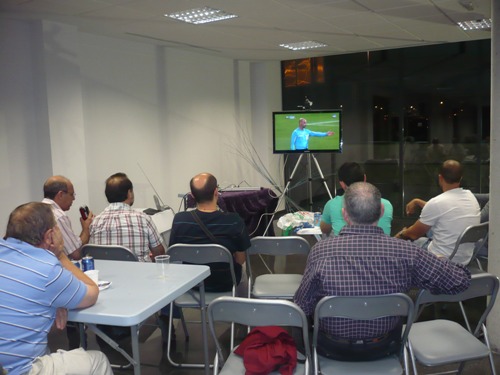