Monday was the first day when only half of the participants of the Oliver Gonzalez Memorial came to the playing hall as the weekend group is now on a 2-day break and will continue with its round 5 and 6 on Wednesday.

In the daily group GM Renier Vazquez won his third game against FM Emilio Moreno and will play in round 4 against the young Spanish talent Angel Arribas this afternoon, who performed a GM norm not long ago at the Open Sants. 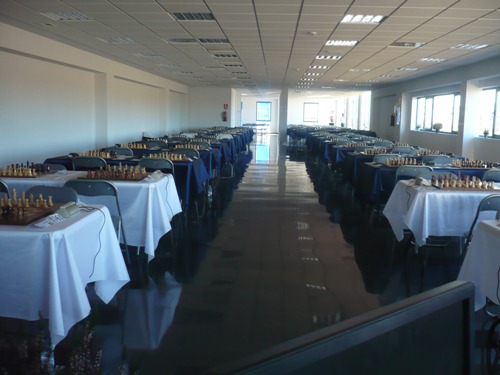 The playing hall one hour before the start

GM Ibragim Khamrakulov won his first real game (after starting with 2 byes) and will face with black a young lady, WFM Maria Cerrato this afternoon.

Rafael Gonzalez (2186) and Jesus Martin (2136) upset their higher rated opponents (IM David Martinez and FM Daniel Martin respectively) and proceed to the next round with perfect score.

Follow the thrilling games of the top boards today as well from 18:30 on Chessdom/Chessbomb platform. 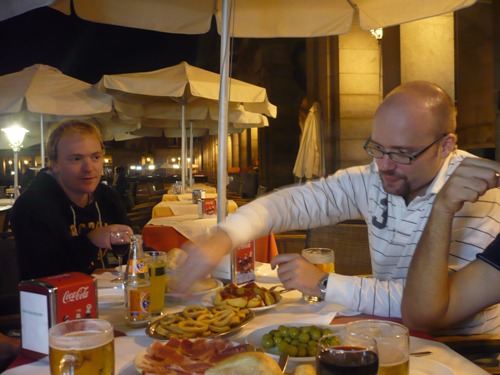 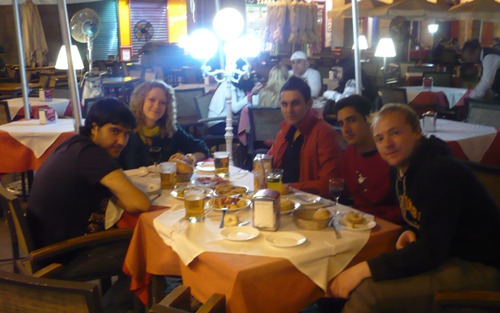 Participants having a typical Spanish dinner at the Plaza Mayor 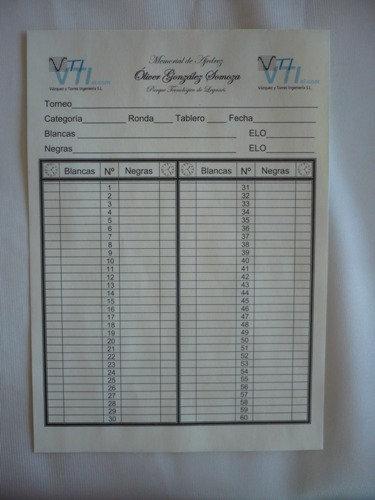 A special scoresheet has been designed for the event