New Delhi (15 December 2011): Riding on the success of World Champion Vishwanathan Anand, the Indian Chess is on an all-time high with its players tasting success regularly at the international chess events.

The chess fever is certain to grip the country as the ONGC Asian Schools Chess Championships 2011, which would be hosted by the Delhi Chess Association at ‘Indira Gandhi Indoor Stadium’ from 17th to 23rd December 2011 has attracted a record 550 players till date with entries still pouring in.

Competitions will be held in six age groups separately for boys and girls in – U-15, U-13, U-11, U-9, U-7 and U-5, the newly introduced age group category in the competitive chess field. So far, Iran, Kazakhstan, Kyrgyzstan, Uzbekistan, Sri Lanka, Malaysia, UAE, Nepal and Chinese Taipei are among the nations who have confirmed the participation.

The strong Indian squad with more than 400 players is expected to reap a big harvest from the event that offers 36 medals. In the last edition at Colombo, India won 5 gold, 3 silver and 4 bronze.

India is hoping clean sweep in some category but players from Iran, UAE and Sri Lanka can shatter Indian dreams as they fielded strong players. The Indian Challenge will be spear headed by national junior champion Aravindh Chithambaram, Diptayan Ghosh, Girish A Koushik and Nandhidha P V.

The championship will be inaugurated by Shri. Hisham Al-Taher General Secretary, Asian Chess Federation on 17 Dec 11 at 0900 hrs. 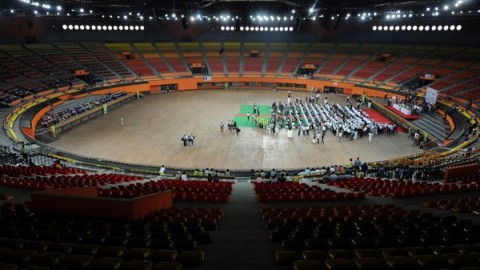