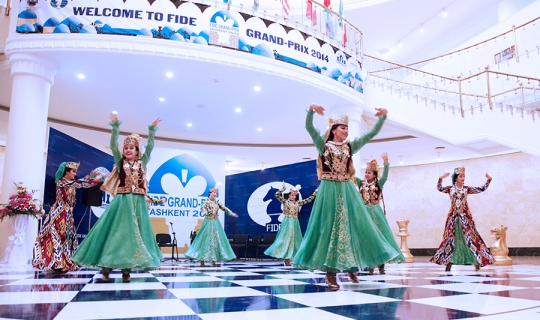 The second stage of FIDE Grand Prix series 2014-2015 was officially opened on Monday evening at the Gallery of Fine Arts in Tashkent. The tournament’s opening ceremony was attended by chess players, officials, sponsors, national and international media.

From 21st October till 2nd November over eleven rounds, the strongest players in the world will compete in the round robin tournament.

The tournament follows the first event which recently concluded in the capital of Azerbaijan. Fabiano Caruano (ITA) and Boris Gelfand (ISR) tied for the first place in Baku Grand Prix and are the leaders in the third GP series. 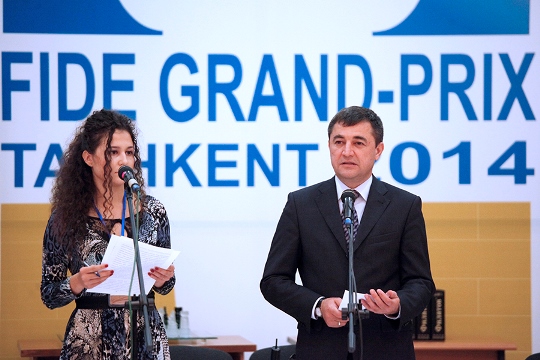 The opening ceremony started with speeches. The Chairman of the Chess Federation of Uzbekistan Alisher Saidabbasovich Sultanov took the floor to welcome the participants and guests. 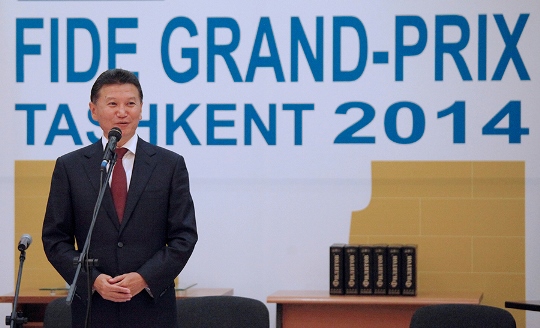 FIDE President Kirsan Ilyumzhinov expressed his gratitude to the government of Uzbekistan for their huge support and decisive contribution into development of chess. 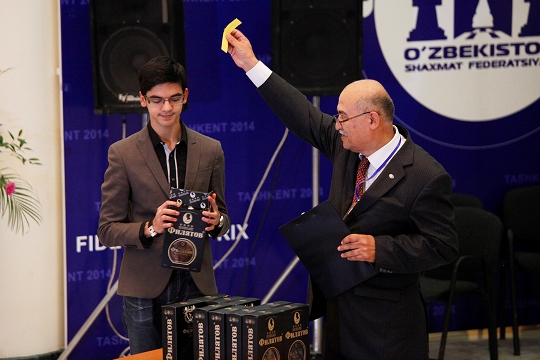 The Chief Arbiter of the tournament IA Husan Turdialiev conducted the ceremony of drawing of lots. Each participant was proposed to choose one of the 12 bottles of cognac with the number inside of each. By coincidence the name of the cognac “Filatov” turned to be same as the name of the President of Russian Chess Federation Andrey Filatov, and this fact has not escaped the attention of players. 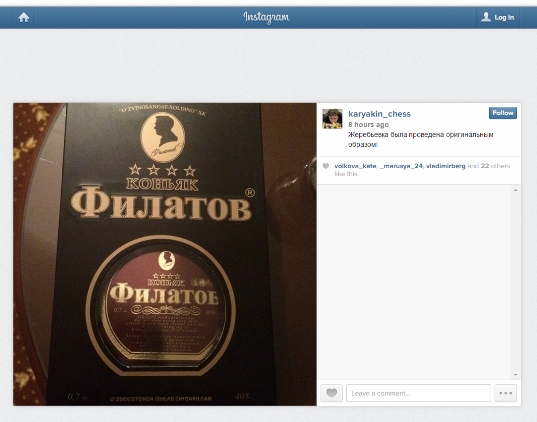 “The drawing of lots was held in an original way”, posted Sergey Karjakin on his Instagram. 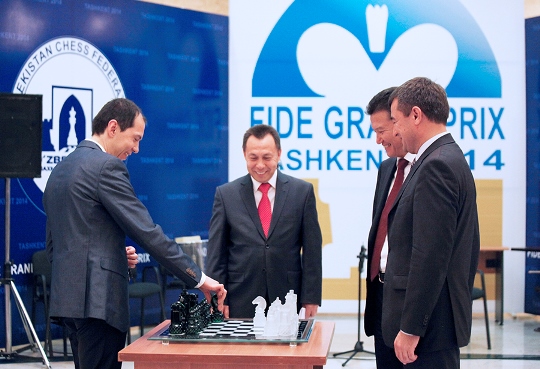 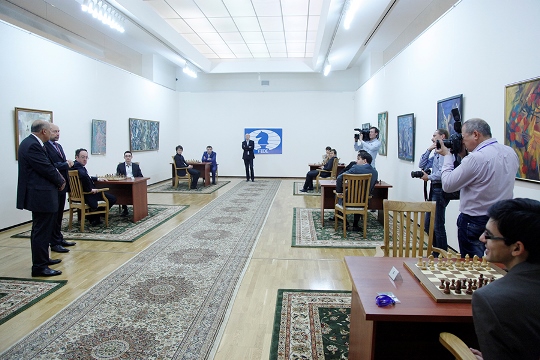 Before the opening ceremony the technical meeting took place. The Chief Arbiter of the tournament IA Husan Turdialiev and FIDE CEO Geoffrey Borg explained the technical details, reminded of the key regulations and helped to elect the Appeals Committee.