Padmini and Tania remain on top of the table with 5.5 points, followed by WGM Mary Ann Gomes (AAI) and International Master Nisha Mohota (PSPB) at 5.0 points each. Further half a point down at 4.5 points were the trio, WGM Meenakshi Subbaraman (Air India), IM Eesha Karavade (Maharashtra), Chandika Divyasree (AP) respectively.

The top board game between Meenakshi and Padmini began in a quiet manner. Keeping themselves out of the opening preparation, the duo traded a minor piece and a rook. Higher rated Padmini found herself in the back foot right through the game. 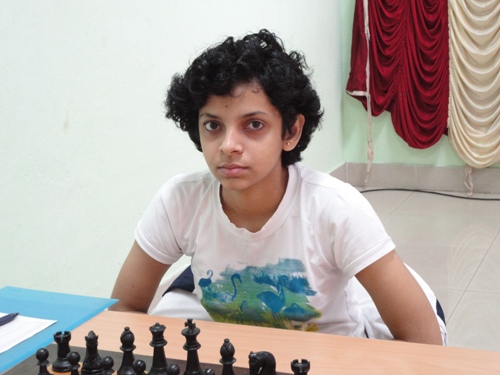 In the final phase of the rook and pawn end game, Padmini found herself two pawns down at one stage, but hung on grimly to eke out a draw after 82 moves. The hard fought draw keeps the Orissa girl in joint lead along with Tania.

In the second board, Tania faced the Nimzo-Indian defence from the Andhra girl Pratyusha Bodda. Aggression was the watch word, as Tania rolled her king side pawns for a massive attack. Into the middle game, Pratyusha’s indiscretion cost her two pawns, which Tania went on to convert in style and wrap the game in 59 moves. The defeat puts Pratyusha behind in her pursuit of Woman International Master Norm, but with four rounds to go, she still has something to fight for.

Defending Champion Sowmya Swaminathan had it tough against International Master Nisha Mohota, and went down in a miniature game. Nisha finished with a flourish sacrificing her queen on the 19 move, forcing immediate resignation from Sowmya. The smashing win takes Nisha Mohota to a top board duel with Tania Sachdev in the next round. 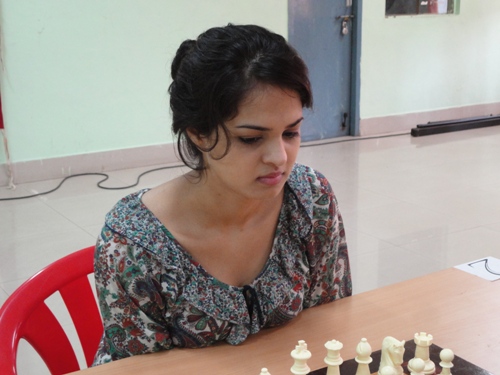 Tamil Nadu girls with Norm chances, viz., Saranya and Harini had mixed results, as the former drew with Sai Meera, while Kiran Manisha Mohanty put it across Harini in a minor pieces end game. In another upset of the day, 13-year-old Woman FIDE Master Mahalakshmi of Velammal School found a late game tactic to defeat Woman Grandmaster Aarthie Ramaswamy. 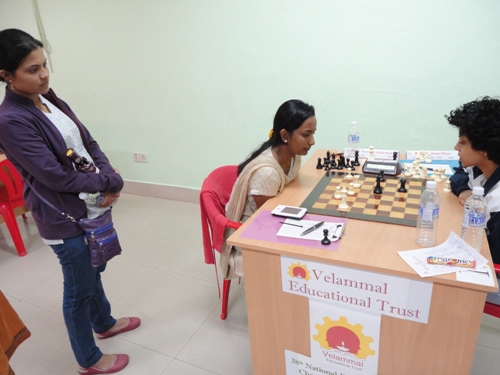