In the crucial final round, Pantsulaia drew with top seed GM Predke Alexandr of Russia, moving to 8.5 points. The draw propelled the Georgian to clear first. This follows Pantsulaia’s title triumph at Delhi Open last fortnight, giving him back-to-back titles, a great start for 2019. The Georgian would take home the winner’s cheque of Rupees 300000 (Euros 3714) along with the handsome Sakthi Group Dr N Mahalingam Trophy. 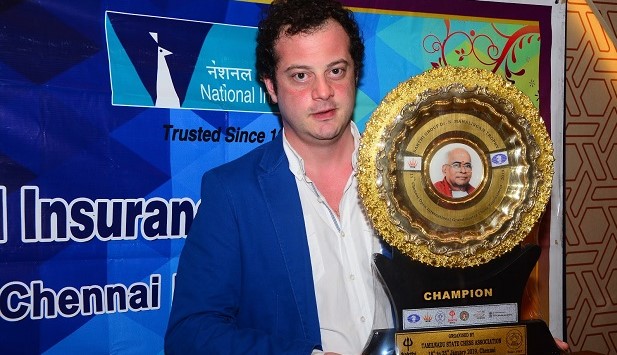 Sharing the second spot with 8.0 points were five Grandmasters viz., Popov Ivan (Russia), Aleksandrov Aleksej (Belarus), Paichadze Luka (Georgia), Megaranto Susanto (Indonesia) and Rozum Ivan (Russia). The top seeds had their say in the final round, as all the decisive games in the top ten boards went in favor of the higher rated player.

The Rupees 15 lakhs (Euros 18573) prize money tournament came to a glittering end, as the trophies and cash prizes were handed over to he winners’ by the Chief Guest India’s first International Master Manuel Aaron. 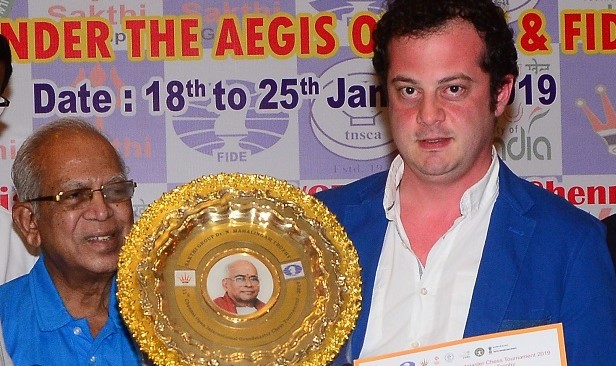