The first round of the final FIDE Grand Prix was played today at the Chapelle de la Villedieu in Paris, France.

Boris Gelfand won a fine game against Anish Giri. White didn’t get much against the Slav defence, but Black was not very active either. Giri did get some action going by giving an exchange for the white central pawn.

White was trying to find an open file for the rook, but black was successfully blocking the way. At some point though black allowed the trade of the queens and then the white rook entered the play with decisive effect. The game was soon over. 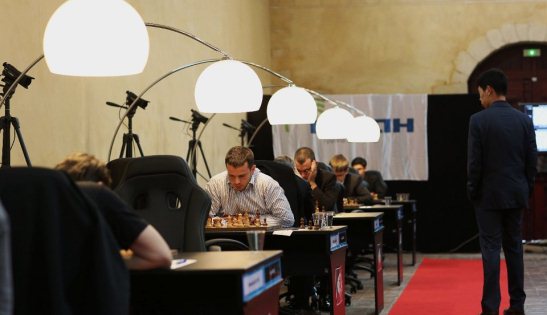 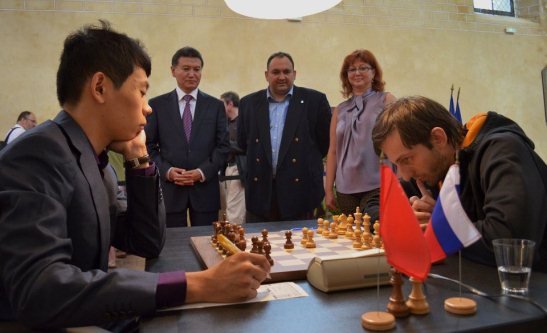 The remaining five games were drawn, but not without excitement. Alexander Grischuk boldly sacrificed a piece to attack Wang Hao, but the Chinese player was saved by the possibility to defend from distance with Qc2. Grischuk couldn’t find more than a perpetual check. Perhaps inserting 22.Rac1 might have helped white.

Hikaru Nakamura and Evgeny Tomashevsky discussed the ultra-sharp Marshall Gambit in the Triangle System. It is interesting that the Russian played 10…Nh6, the move which was marked as ‘dubious’ in the book by the leading expert in this line GM Ruslan Scherbakov.

Perhaps black’s 17…Kf8!? is an important improvement, because now he has time for e5-Bg4, and if Qh8+ black covers with Ng8, saving the rook while bishop protects the queen on h5. Black’s pieces became very active and Nakamura decided to force perpetual check. 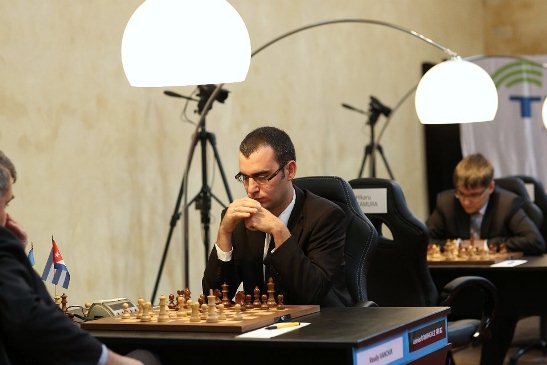 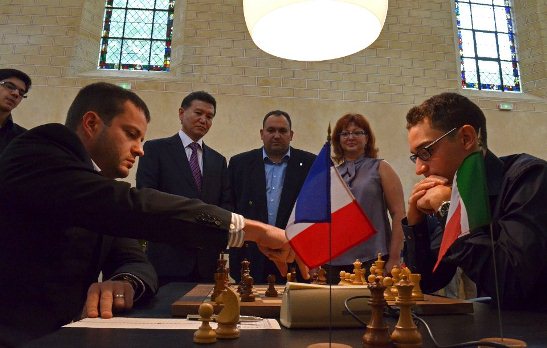