The second round of the final FIDE Grand Prix was played today at the Chapelle de la Villedieu in Paris, France.

The only decisive game of the day was Laurent Fressinet’s victory against Alexander Grischuk, who is chasing the first place and qualification to the Candidates Tournament.

The opening was somewhat unusual but the plans resembled the popular line of the Queen’s Indian defence. After the exchange of the queens it was clear that black doesn’t have any problems, and as the game progressed he even got a slight pull.

Fressinet started pushing his queenside pawns with the idea of shutting the opponent’s bishop. Grischuk’s reaction was not the best and white slowly but steadily improved his position.

Already before the time control white had some advantage. As the white rook started threatening along the back-rank, Grischuk made a mistake that cost him lots of material. 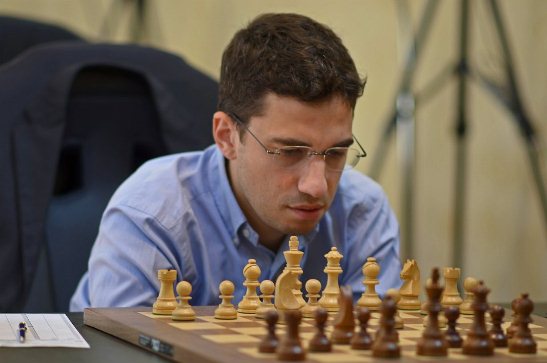 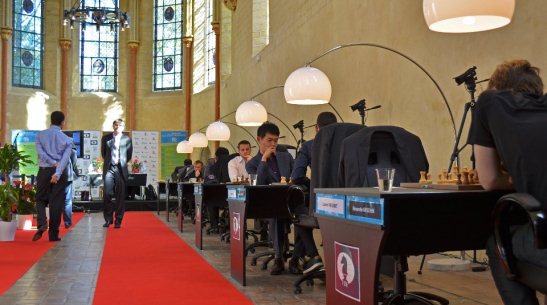 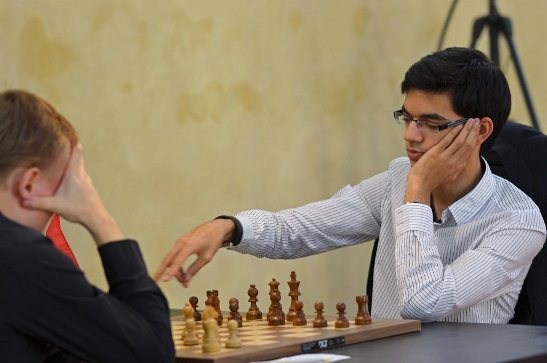 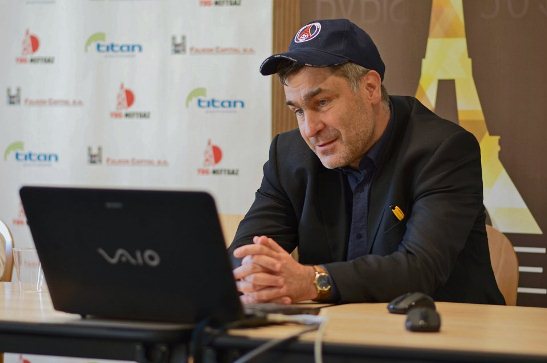