Playing with white pieces in an English opening game, Gupta signed the peace treaty with International Master Ankit Rajpara in 24 moves to maintain his one point lead.

A pack of seven players is following, including Bobir Sattarov (elo 2194) of Uzbekistan who had a dream run in the event as he held Grandmaster Lalith Babu in the eighth round.

In the penultimate round tomorrow Gupta takes on Evdokimov while Lalith is paired with Gomez.

Sattarov plays with Neverov to complete his nine round GM Norm as he already completed the requirements and just need to play the ninth round to achieve the same. 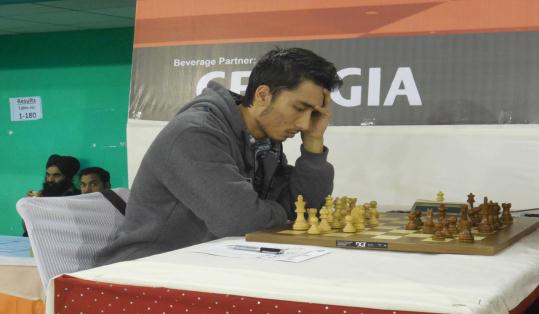