Playing with black pieces in Caro-Kan defence game, Barbosa gained an exchange of rook for his minor piece in the thirty first move and facing the inevitable, Dzhumaev give up the match after six more moves.

While playing white side of Maroczy Bind variation of Sicilian defence, Lalith Babu failed to convert a favourable middle game position and lost the initiative towards the end to hand over full point to his Filipino rival. 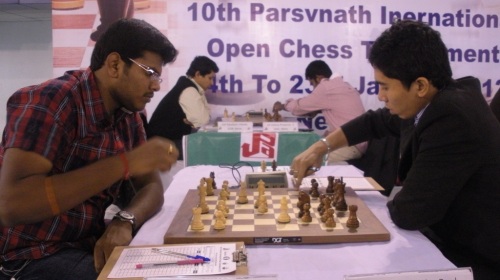 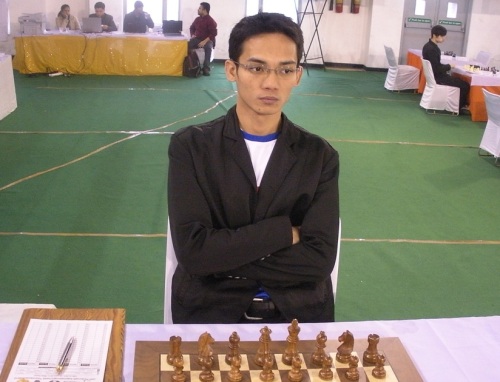 International Master K Rathnakaran with a drift of half point from the leaders is at sole second position. In the sixth round encounter, he defeated his railway team mate M S Thej Kumar. A pack of eight players including top seed Indian Grandmaster Sandipan Chanda, who beat Vishnu Prasanna in the sixth round match are at joint third position with five points. 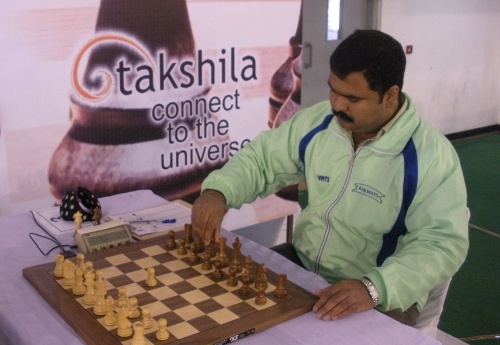 Earlier in the fifth round, the young Indian brigade of Vaibhav Suri, Diptayan Ghosh and Ashwin Jayaram suffered their first defeats in the tournament by the hands of their high rated foreign Grandmaster rivals. Vaibhav lost to experienced Marat Dzhumaev of Uzbekistan while Ashwin and Diptayan lost to Filipino Grandmasters Oliver Barbosa and Gomez John Paul respectively in the fifth round encounters. 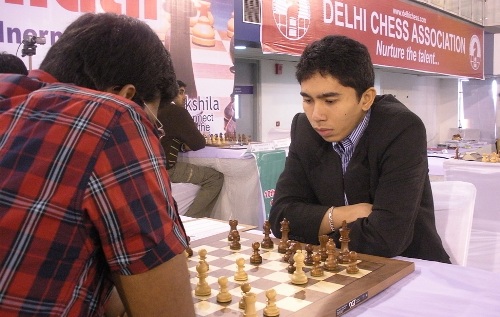