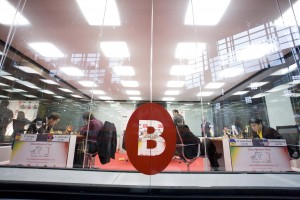 The organizers of the 5th Final Masters in Bilbao and Sao Paulo have announced officially the players for the Grand Slam 2012. Present at the final will be the World Champion Viswanathan Anand, the number one in the world rankings Magnus Carlsen, the Olympic champion Levon Aronian, the World Rapid Champion Sergey Karjakin, and the US-born Italian prodigy Fabiano Caruana, five of the world’s current best chess players. Joining them, just as he did in 2011, will be Spain’s Paco Vallejo.

Sao Paulo and Bilbao will this year once again host the Grand Slam Chess Masters Final, making both cities for the second consecutive year the world Chess capitals. The tournament will be played via a double half-robin league. The Brazilian megalopolis will host the first half from September 24 to 29 and the second and defining half will be played in Bilbao from October 8 to 13.