The return games of the fifth round of the 2015 FIDE World Cup were completed in the Fairmont Flame Towers in Baku.

Hikaru Nakamura had to play for a win in order to equalize and stay in the match with Pavel Eljanov. White’s weapon of choice was the English opening, which Eljanov already faced on three occasions earlier in the tournament. Speaking at the press conference after the game, Eljanov felt that Nakamura should have tried something more aggressive and appropriate to his style.

White obtained the pair of bishops but black’s position was very solid. Eljanov said he was very confident after 23…h5, which effectively forced the trade of the queens. Then the black’s task of holding the draw was much easier. Eljanov did just that and became the first player to qualify for the World Cup Semifinal.

Nakamura tweeted later: “When your opponent plays better than you in a short format like this, there’s not much one can do but move on to the next event!”

Giri was happy how the game progressed, having exchanged the queens and keeping the extra pawn to pose some problems for black’s defence.

Vachier-Lagrave tried to simplify the position, but the resulting rook ending was quite difficult for black, who on many occasions had to find the only moves just to stay in the game. White was still able to press hard for a win. Despite the black’s resourcefulness in defence, Giri skillfully converted the advantage and joined Eljanov in the Semifinal.

Shakhriyar Mamedyarov prepared another opening surprise for his opponent, but Sergey Karjakin was able to find the best moves and weather the storm away. After white safely castled, Mamedyarov offered a draw on move 14.

Being faced with the Italian opening Peter Svidler decided to win the bishops pair at the cost of doubling the pawns. It appeared as black got the upper hand and was expected to push for a win. But Wei Yi forced timely exchanges of pieces and found a very important 28.h4. Seeing no way to make further progress, Svidler offered a draw.

The matches Mamedyarov vs Karjakin and Svidler vs Wei Yi are to be settled in quick-play on Friday afternoon.

Photo gallery is available at http://www.bakuworldcup2015.com/product/69

According to the Regulations (3.8 Tie-breaks)  , after a new drawing of colors, two tie-break games with the time control 25min + 10sec will be played. 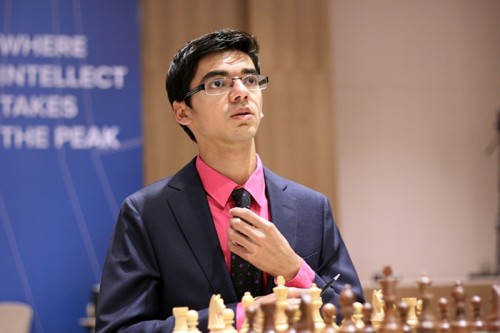 Anish Giri victorious in the longest game of the day 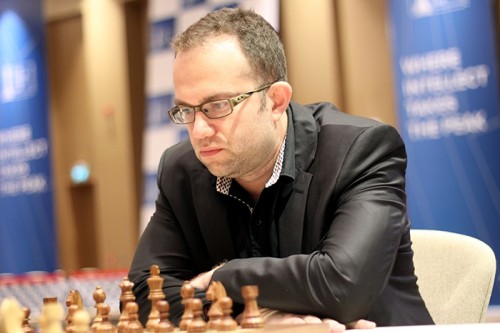 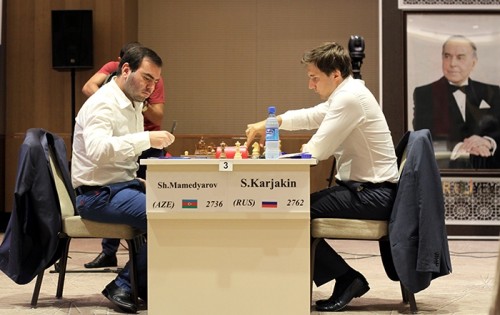 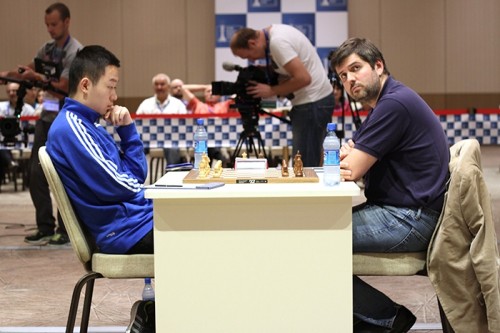 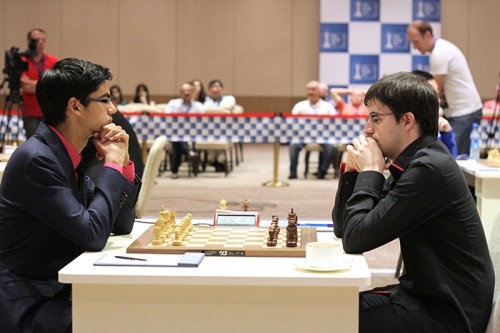 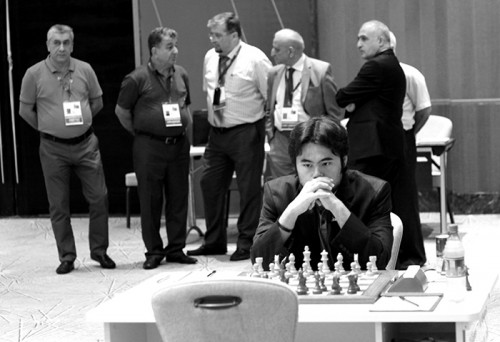 Wesley So signed contract for Shamkir tournament (Source)
Wesley So 'will definitely participate' in the 2nd Vugar Gashimov Memorial, according to the unofficial source close to the player's management, and it is ...