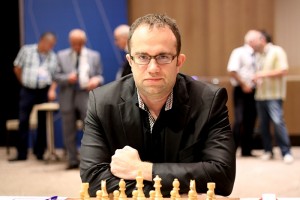 Tata Steel 2016 is one of the strongest tournaments in 2016. The Masters bracket of the tournament features 14 of the most renowned chess players today. Each day before the tournament, Chessdom will bring you a pre-tournament summary for one of the 14 participating Grandmasters.

So far we have seen the profiles of Magnus Carlsen and Wei Yi, and the local hero Anish Giri , the TCEC analysis Tata Steel 2016 live page is also ready for you.

Pavel Eljanov’s marquee 2015 event was his participation in the FIDE World Cup – his consistency in the event was admirable and he was the best individual at the event. One of the major highlights of his performance is the dominating display of dazzling chess mastery against Nakamura in the qualification for the World Cup Semifinal.

In the Corus/Tata Steel chess series, Pavel Eljanov has appeared only once. He participated in the 2008 Corus tournament as part of the Group A and placed the respectable 12th place in the event. He is now participating again 8 years later. In the 2016 Tata Steel Masters he is seeded 7th.

More about Eljanov in this interview.

Pavel Eljanov is somewhat of dark horse in Tata Steel – few appearances in top events, but what little he has displayed on the chess battlegrounds recently has been top notch.