The 2013 Corporation Cup had a clear winner, Russian GM Pavel Ponkratov. The tournament took place on 12th-21st July in the region of Samara in Russia.

Ponkratov obtained 8/9 points to leave his closest rivals a point behind. Latvian champion Igor Kovalenko tied with Russians Vitaly Shinkevich and Ivan Bukavshin – who won the blitz tournament – on 7/9. The Latvian took home the second prize thanks to his tiebreak score.

The champion had an impressive start, winning six games in a row. After this streak of victories, he cruised to first place with two draws and another win.

The prize fund of the festival was increased compared to the previous year and amounted to 800,000 rubles. 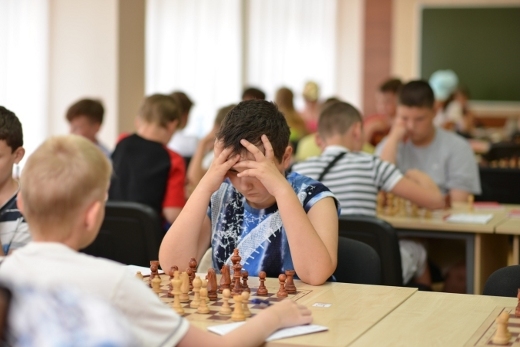 Full concentration over the board