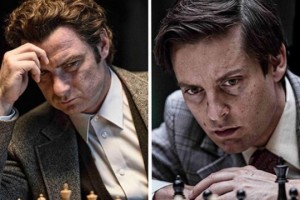 I am thrilled to learn that you have made a film about one of the most dramatic stories in the history of chess, the story of Bobby Fischer and his contention against Boris Spassky. Chess used to be a proxy for politics and national pride, and many people still consider that battle one of the most important events in the 20th century.

Due to Bobby Fischer’s historic victory, the World Chess Championship became one of the most honorable sports competitions ever, vastly increasing its prize fund.

There are over 600 million people around the world who love and play chess and I believe that many will come to see the film. My experience shows that many will criticize you online, but don’t take it personally – chess players are very passionate about the game (and know how to use the computer!).

As you probably know, the World Chess Championship Match will take place this November in Sochi, Russia. I invite you to have a premier of ‘Pawn Sacrifice’ in Sochi during the Match. Moreover, there will be an expert on the film: the tenth World Chess Champion Boris Spassky.

I hope you will find it possible to show your film at the World Chess Championship Match in Sochi. I wish you every success with the movie.