The seventh day of the IX Bilbao Grand Slam Masters Final has finished and Magnus Carlsen has taken one step closer to his third title in the tournament contended in Biscay’s capital.

The world champion registered a draw in a marathon match lasting more than four hours against the talented young Chinese player Wei Yi, and maintains his three-point advantage over his closest rival, the North American Hikaru Nakamura, with only three days of play left.

The days other two matches, Nakamura-So and Giri-Kariakin, also ended in draws in a day of relative calm before the approaching storm set to unleash itself on Thursday. 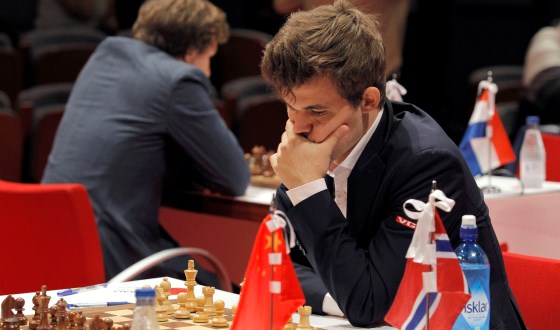 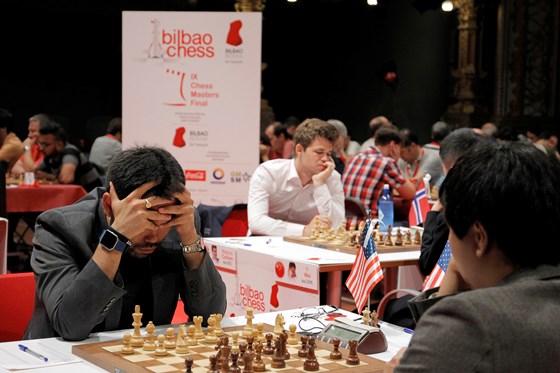 The highly anticipated match between Carlsen and Karjakin will be the last duel between the champion and the challenger prior to the World Championship in New York, which will commence on 11 November with an appetising purse of one million euros at stake.

The pairings for day 8, set to take place on Thursday at 16:00 in the Campos Theatre, are as follows: Kariakin-Carlsen, So-Giri and Wei-Nakamura.

As a pioneering experience that has rarely been employed in the top tournaments the two Americans, Nakamura and Wesley So, agreed to take part in an experiment proposed by the organisation and wore a Fitbit bracelet that monitored their physical responses: primarily their cardiac reactions and the calories they expend. 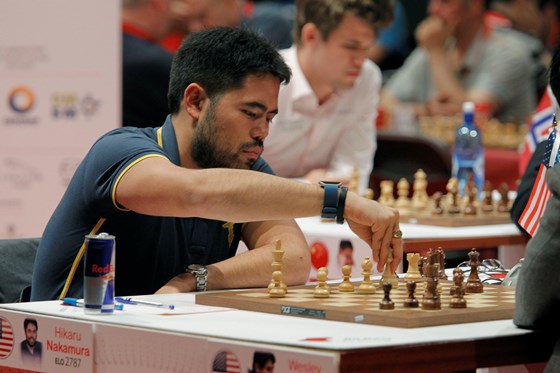 The monitoring that was carried out over more than two hours of play presented oscillations between the approximately 100 beats at the beginning of the match to 110 of Nakamura and 122 of So at the points of greatest stress during their duel. 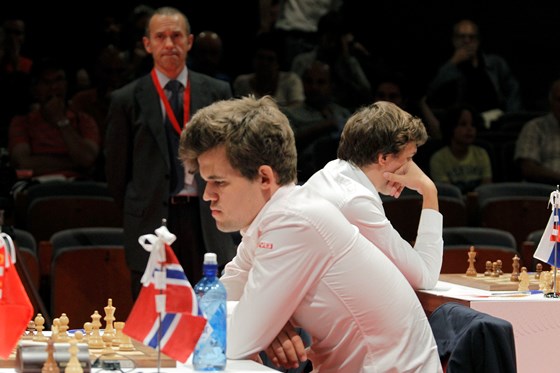 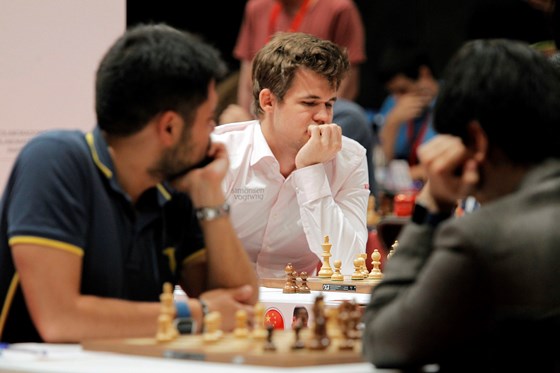