The final round matches of the World Chess Cup started on September 16th in Khanty-Mansiysk. Russian Grandmasters Peter Svidler and Alexander Grischuk compete for the World Cup victory and the main prize, and Ukrainians Vassily Ivanchuk and Ruslan Ponomariov fight for the third place and the last ticket to the Candidates Tournament.

The Paulsen Sicilian occurred in Grischuk-Svidler. White reacted very well to Black’s rather awkward play. According to Svidler, his position by the 15th move was very dangerous. Black had to sacrifice a pawn to remain in the game. White rook invaded the enemy camp, and other White pieces were also placed quite actively, so Black’s compensation was really slim. 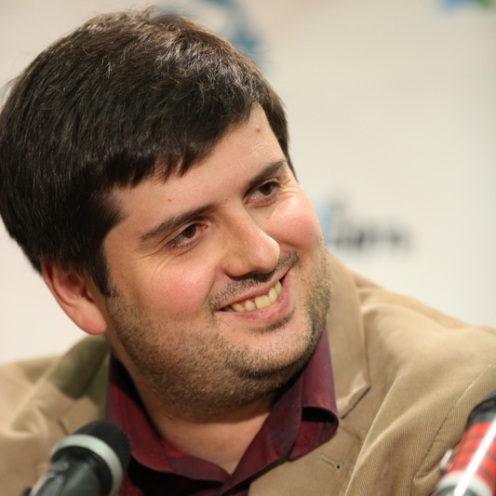 Peter Svidler at the post-game conference

However, in a couple of moves Grischuk suffered from a blackout – he blocked the return path for his rook, and had to sacrifice a piece for three pawns to save it. The game became very sharp. White has enough compensation, but he was in terrible time trouble, and the character of play has changed drastically. Grischuk made a few mistakes and resigned on the 30th move.

At the press-conference Peter Svidler looked too depressed for a winner: “Playing against a close friend is very difficult… I get many dubious positions as Black at the World Cup, but then the game develops in an inexplicable way, just like today”. 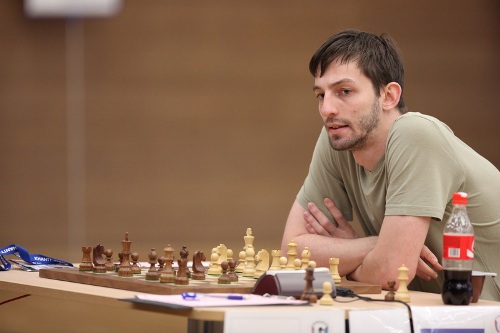 Alexander Grischuk: “Normally when you blunder a rook, you lose! Somehow I got a decent position after my blunder, but still lost. So the result is fair in a way”.

The game between the Ukrainian Grandmasters was strategically complicated. In the English Opening White had the bishop pair and strong but rather immobile pawn center. Black’s pawn advanced to e3; it gave White some headache in the middlegame, but could become a weakness later in the endgame.

Ivanchuk maintained the initiative, but on the 41st move he made a premature active move with his king, missing a strong reply by the opponent. Ponomariov forced a draw by move repetition. 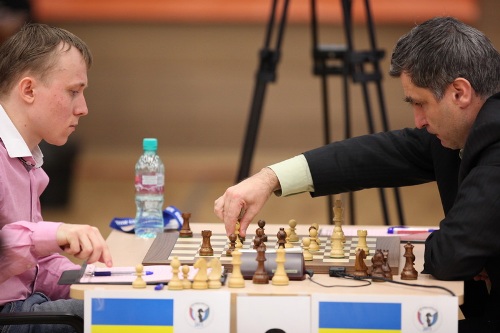 The second games of the final round matches of the World Cup are played tomorrow, on Saturday, September 17th. At this stage the matches consist of four classical games. If the score is tied 2-2, the players will continue to quick tie-breaks.