Peter Svidler defeated his compatriot Sergey Karjakin in the first game of the 2015 FIDE World Chess Cup final that started today at the Fairmont Hotel in Baku, Azerbaijan.

Playing the white pieces, Svidler opened with the King’s Indian Attack, and Karjakin deviated from his earlier games by recapturing with the knight on d5.

In the roughly equal position black made the first inaccuracy by moving the rook to f7. White immediately opened the center and then placed the queen on b3, creating various pins and geometrical motifs against the black position.

Another bad move by black and already after the reply 21.Rb1 Karjakin was practically lost as he just couldn’t find the way to free his pieces.

Full set of World Cup results and pgn files can be found on http://www.bakuworldcup2015.com/content/27

Photo gallery is available at http://www.bakuworldcup2015.com/product/76 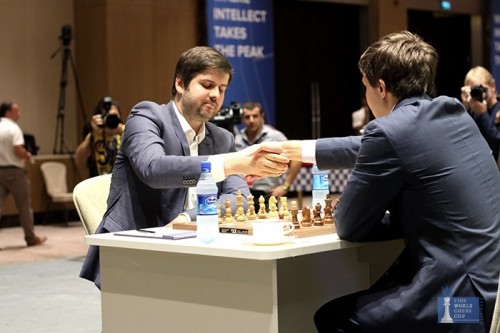 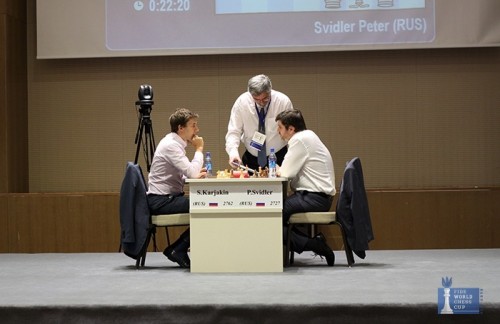 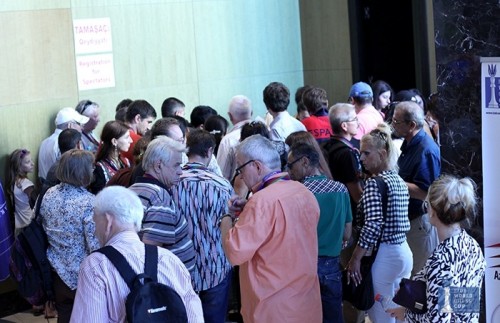 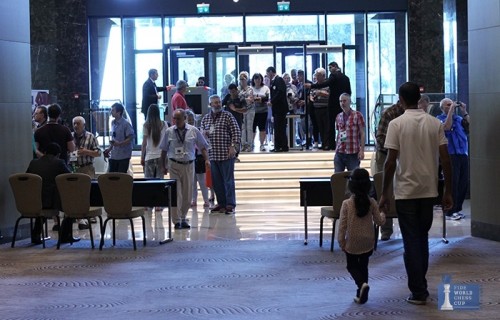 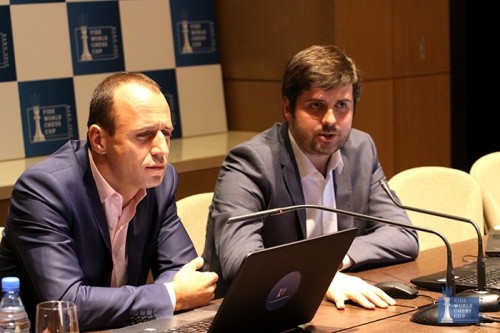