The 2011 World Cup winner was determined on Monday, September 19th. The reigning Russian champion Peter Svidler made a draw in the fourth game of the match against Alexander Grischuk, and won the main trophy.

Natalia Komarova, the Governor of Ugra, congratulated the winner: “I am sincerely happy for the six-time Russian champion and a wonderful sportsman Peter Svidler! He played the entire tournament very confidently and won a very difficult competition. Another Russian grandmaster Alexander Grischuk also deserves respect for his great skill and fighting spirit. I have no doubt that these players will help Russia winning the Olympiad gold in 2012”. 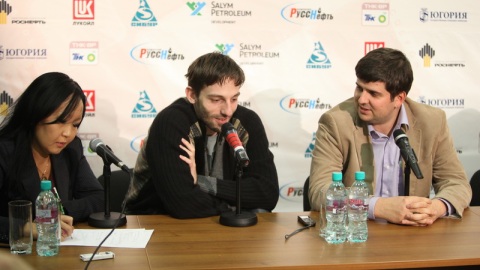 Grischuk and Svidler at the final press conference

FIDE president Kirsan Ilyumzhinov thanked the World Cup hosts for a very high level of organization, and congratulated the winners: “Peter Svidler, Alexander Grischuk, and Vassily Ivanchuk are outstanding Grandmasters of modern time, a true creators at the board. I am glad for them and sincerely wish them to show their best at the Candidates Tournament, which will be played in the end of 2012″.

“The last two months were very successful for Peter Svidler, the wonderful grandmaster from St. Petersburg, – said Vassily Filipenko, the mayor of Ugra and the president of Ugra Chess Federation. – In August he won the Russian championship for the sixth time, and in September won his first World Cup. I am happy that he took such a prestigious trophy on Ugra land, in our ultramodern Chess Academy. I wish Peter Svidler, Alexander Grischuk, and Vassily Ivanchuk to achieve even more in future!”

The Sicilian Defense occurred in the last game of the final match. Grischuk suggested to continue the opening discussion in the popular Najdorf Variation, which was started in the second game, but Svidler was content with a draw in this game, so he made a less challenging third move, giving a check from b5 with a bishop. 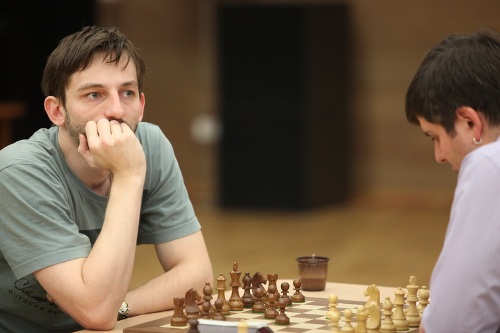 This variation is notorious for its drawing tendencies, and if Grischuk wanted to fight for more, he had to avoid exchanges, thus ceding White a lot of space. However, Svidler showed little ambition in the opening, and allowed Black to get an easy game.

After the game Svidler said that he is a bit ashamed for cautious play early on. However, Peter rehabilitated himself on the 26th move, sacrificing a knight for two pawns. Grischuk worked hard to parry the threats, but allowed mass exchanges and had to accept a draw.

In the 3rd place match Vassily Ivanchuk was once again forced to defend an inferior position against Ruslan Ponomariov. The patience was rewarded – eventually Ivanchuk made the desired draw, won the match 2,5-1,5, and advanced to the Candidates Tournament. 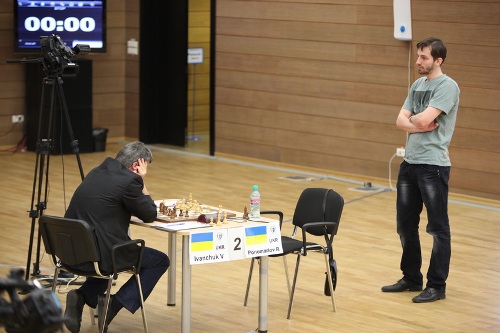 All the Grandmasters noted a very high level of organization of the World Cup.

Svidler: I played in Khanty-Mansiysk many times. My results were not always satisfactory, but I never had any complaints about the organization. Everything here is perfect. It was a pleasure to play in a large hall in the Academy, and I liked the live streaming video and Grandmaster commentary.

Grischuk: I also liked the organization, although lately, when most of the players left, it became a bit lonely. I have an idea: maybe the Governor Cup (which takes a week during the World Cup) should last for three weeks? This would give the World Cup finalists some company.

Ivanchuk: Khanty-Mansiysk is a wonderful city, and I am happy to spend here a lot of time. I think other participants are sharing my view. I wish this city and Ugra region a lot of success. 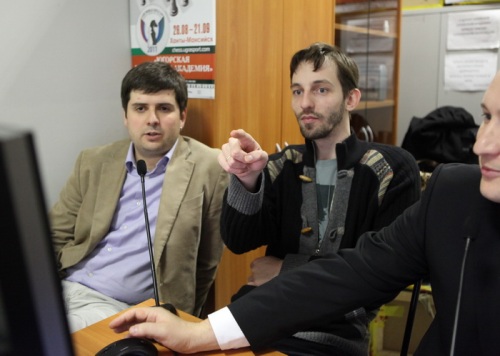 In the analysis room