The Russian chemical holding “PhosAgro” is pleased with the cooperation with the Russian Chess Federation (RCF), the company’s CEO Andrey Guryev stated for TASS.

The company provides annual sponsorship to RCF in the amount of 30 million rubles (approx 480,000 EUR). PhosAgro is not directly supporting FIDE, but they have sponsored the last two world championship matches, in 2014 in Sochi and 2016 in New York, and are sponsoring the ongoing FIDE World Grand Prix in Moscow. 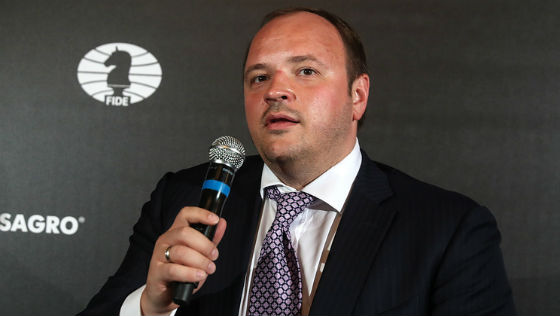 “We have chosen one of the most serious and undeservedly forgotten sports federations. We have been funding the RSF for past seven years, and through our social initiative, we take the children away from the streets and support the social community,” Guryev explained.

“The chess explosion, which started with the match for the world title in 2014, and continued with the match in New York, revived the children’s interest in chess. We can see that the money we spend is benefiting the community.”