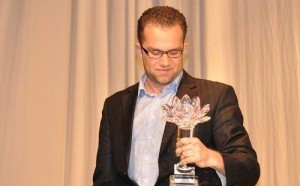 Pavel Eljanov, the winner from last year, is top seeded in Poikovsky Karpov 2014

The Poikovsky Karpov Chess 2014, named after the former world champion Anatoly Karpov, is going to take place 11-20 May. It will be the fifteenth edition of the event, which once again will be a strong round robin tournament.

The tournament will have detailed coverage on Chessdom.com. Games will be live daily with triple engine analysis by Komodo, Stockfish, and Houdini at the live section, while detailed reports will be brought daily by Chessdom.ru