On June 19, the matches of the 3rd round of the World Team Championships were played in Khanty-Mansiysk.

In the men’s tournament the leaders, team Poland, defeated Egypt three to one (the winners were Radoslaw Wojtaszek and Jan Krzisztof Duda, the other two games were drawn).

Russia won the match against Ukraine by a slim margin. The victory was supplied by Jan Nepomniachtchti, who had beaten Anton Korobov on the 2nd board. 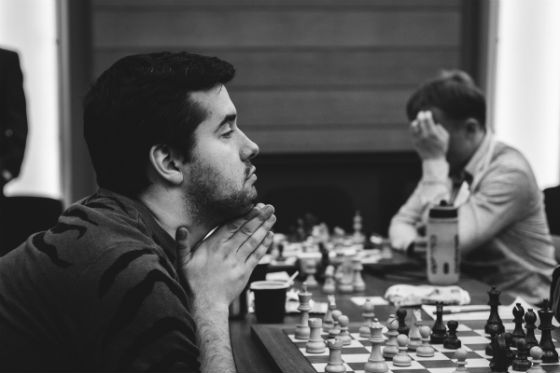 Team India defeated Belarus 2.5:1.5. The star of the match was Baskaran Adhiban who won his game against Vladislav Kovalev.

With the same score Turkey beat Norway. The winning point was supplied by Vahap Sanal.

All the games of the match USA vs. China ended in draws.

After 3 rounds team Poland never dropped a single point. Russia and China trail by a matchpoint. 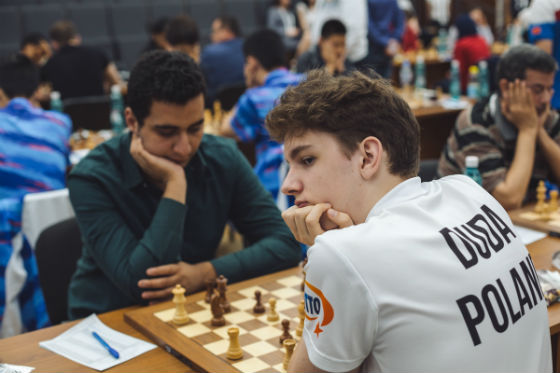 In the women’s championship Russia tied their match against Azerbaijan: Valentina Gunina’ loss on the second board had been balanced out by Olga Girya’s win on the fourth.

Match Poland – USA was also tied. The winner for Poland was Klaudia Kulon, and Sabina-Franceska Foisor scored for team USA. 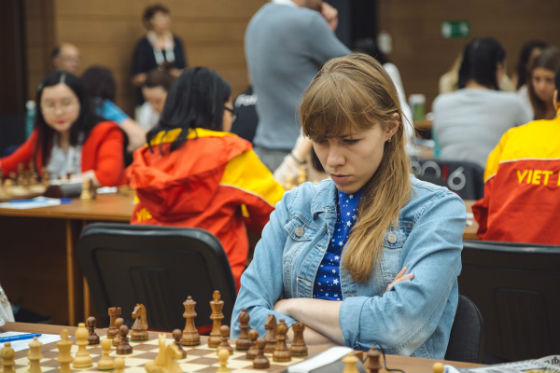 The leaders after round 3 are Russia and Ukraine with 5 matchpoints each. Georgia and Poland are one step behind them. 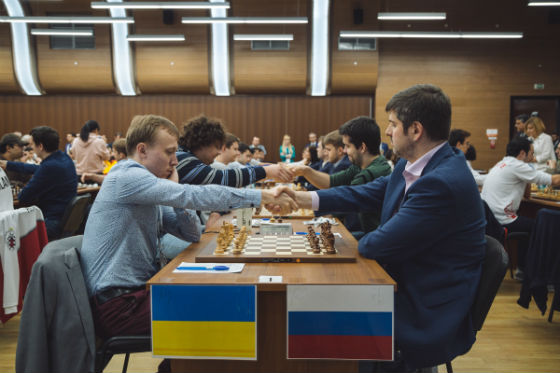 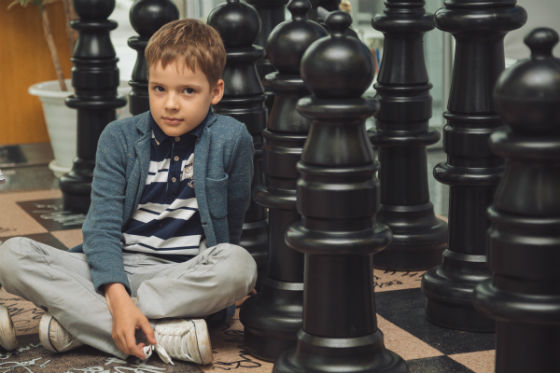 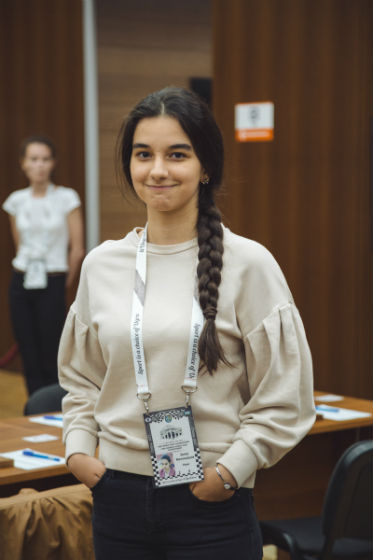