This year Garry Kasparov was the guest of honor of the annual Aquaprofit-Polgar Chess Festival held in the Palace of Arts in Budapest.

The Russian world champion visited many programs at the event and held a presentation on one of his most memorable games, which he played against Anatoly Karpov at the World Chess Championship in Lyon, in 1990.

At the press conference of the event Kasparov recalled his first memories of the Polgar sisters from 1988, when he was playing for the Soviet Union at the Chess Olympiad in Thessaloniki, and yet he gave his support to the very young and talented Hungarian women team that included Susan, Sofia and Judit Polgar.

The Polgar sisters became Olympic champions putting an end to the long hegemony of the Soviet female team at the Chess Olympiads. Kasparov called it an obvious sign that right there a new era had started in women chess. 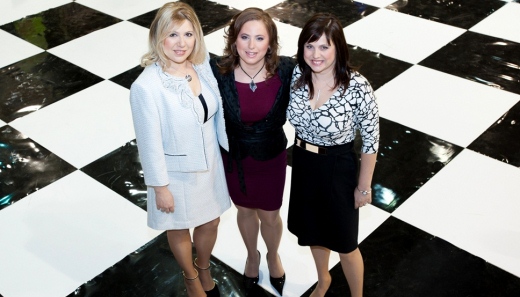 Now, 25 years later the Polgar sisters hosted one of the biggest, and as for the variety of programs and performances, the most unique chess festivals in the world. The programs included an international educational conference focusing on the “Chess in School” program, and especially on Judit Polgar’s very own Chess Palace skill-building program that was integrated into the National Curriculum in Hungary this autumn.

Those chess lovers who were not able to attend the festival personally could follow the event via the livestream coverage provided by Ustream. As a very successful program of the festival the children choir of the reference school of the Judit Polgar Chess Foundation performed the Zigzag Chess Song, Judit Polgar’s chess poem, written for her Chess Palace children’s workbook, with music by the famous Hungarian rock band Omega. In the song, the world’s number one female chess player tells a rhyming fairy tale featuring chess figurines, and along the way introduces the fundamentals and the beauty of the game.

The closing program and the highlight of the festival was again the Great Simultaneous Exhibition match in which Judit, Susan and Sofia Polgar played simultaneous chess matches on 100 boards against public figures, famous sports stars and artists.