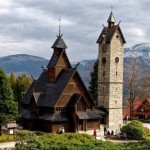 The 2018 Polish Extraliga is the top Polish team championship. Ten teams compete over nine rounds split into three 3-round sessions in June, September and October. A team can have a maximum of 15 players, with six taking part in each match and a female player on board six. The time control is 90 minutes for 40 moves then 30 minutes to the end of the game, with a 30-second increment from move 1. No draw offers are allowed until after move 30. The bottom two teams in the league are relegated to the 1st division.