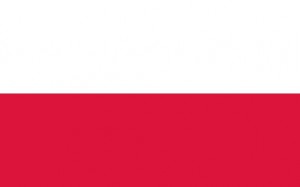 The Polish University Chess Championship 2016 was held from January 15 to 17 in Katowice, Poland. Nearly 300 players across 42 Polish universities participated in the event. Three tournaments were organized by the Academic Sport Association Club of the University of Economics – a Men’s Individual, a Women’s Individial and Team Championships.

In the Men’s Championship, IM Maciej Klekowski from the Academy Górniczo-Hutnicza in Krakow triumphed with 8.5 points. Despite being seeded only 9th, he scored at least 1 point on top of every other competitor and had only a single draw and no losses in 9 rounds of play. GMs Jacek Tomczak and Kamil Dragun from the University of Economics in Poznan achieved 7.5 points and were second and third, respectively. First seed Dariusz Swiercz placed 18th with 6.5 points.

In the Women’s Championship, WGM Karina Szczepkowska-Horowska from the University of Economics in Katowice went home with the gold with an impressive 8.5 points. She never dropped a game and had only 1 draw for a near perfect victory. Seeded second, Szczepkowska-Horowska surpassed first seed WGM Claudia Kulon from the University of Economics in Poznan, who scored 7.5 points and achieved second place. Third place was for WGM Marta Bartel from the Wroclaw University of Technology with 7 points.