Moscow, 27 May 2015 – Andrey Filatov, president of the Russian Chess Federation and the founder of Art Russe, has been presented with an award from the United Nations Educational, Scientific and Cultural Organisation (UNESCO) for his contribution to the international culture cooperation and for his efforts to preserve historical heritage.The ‘Five Continents’ commemorative medal award ceremony took place on the evening of 26 May 2015, at the UNESCO headquarters in Paris as part of the international project Cultural Heritage without Borders.

The ‘Five Continents’ commemorative medal, which was established in 1996 to mark the 50th anniversary of UNESCO, is awarded for outstanding achievements in culture and art as well as for contributions to the development of the international cultural exchange. 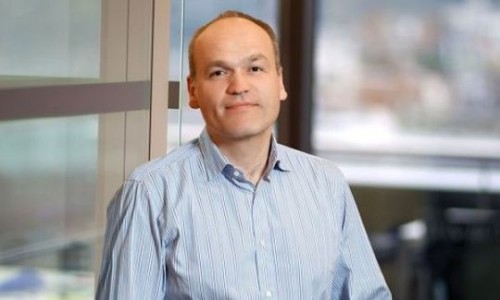 Andrey Filatov is president of the Russian Chess Foundation, vice president of the World Chess Federation (FIDE) and the founder of Art Russe. Since 2012, through Art Russe he has completed several educational projects aimed at promoting Russian art and bringing art created in the USSR from 1917 to 1991 back to the global cultural context. The main aim of Art Russe is to broaden the international community’s awareness of the cultural heritage of XXth century Russia. Projects include the support for the largest exhibition of Russian-American artist Nicolai Feshin since 1976 at the Frye Art Museum in Seattle and the State Tretyakov Gallery in Moscow; Soviet artist Viktor Popkov’s international retrospective in Moscow, Venice, and London; the exhibition of Mikhail Nesterov at the Tretyakov Gallery, marking 150th anniversary of the artist’s birth; and exhibition “the Legacy of World War II in Russian Art” at London’s Saatchi Gallery. As part of the annual publishing programme, Art Russe has released several books in English and French about outstanding Russian artists. In September 2015, Art Russe will support the Science Museum’s exhibition “Cosmonauts: The Birth of the Space Age”, which will display the USSR’s contributions to space exploration.

Andrey Filatov is one of the founders of the international programme Chess in Museums, which was launched 2012 by the Russian Chess Federation jointly with the Timchenko Fund to unite the cultural and intellectual facets of life while promoting chess. Over the past years, the programme brought chess tournaments to international cultural centres such as the State Tretyakov Gallery, the Louvre, the Russian Museum and the Museum of Fine Arts of the Republic of Tatarstan. In September 2014, the Chess Museum on Gogolevsky Boulevard in Moscow was fully restored with support from Filatov. Russia’s Club of History and Sports Statistics has recognised him as the “Best Sports Manager” of 2014.

Russian Chess Federation (RCF) is a public non-profit organization that brings together individuals and chess federations of republics, regions, federal cities, autonomous regions and districts of the Russian Federation. The mission of the Russian Chess Federation is to promote and popularize chess in the Russian Federation. The RCF was founded on 15 February 1992. Its administrative bodies are the Congress and the Supervisory Board. The RCF Board of Trustees is a collegiate consultative and advisory body that operates on a voluntary basis.

The RCF organizes the annual children’s chess tournament White Rook, the Championship of Russia and other chess tournaments. In 2012, the RCF launched the “Chess in Museums” program.

The RCF develops and implements chess promotion programs, including children’s chess, and facilitate the expansion of the network of chess clubs in Russian regions. The Federation organizes individual and group tournaments in Russia and provides the participation of Russian chess players in international events. It promotes Russian chess internationally and fosters sports ties with national chess federations, national and international organizations, including FIDE.