Ukrainian President Viktor Yanukovych congratulated Anna Ushenina on winning the Women’s World Chess Championship 2012 and awarded her with the Order of Princess Olga.

“It is a pleasure that such a great person was born in Ukraine. I hope this award is not your last,” the President said.

According to the Head of State, the victory of Anna Ushenina was a special one. The athlete is not only the 14th world chess champion, but also the first Ukrainian who has won this title since Independence of Ukraine. 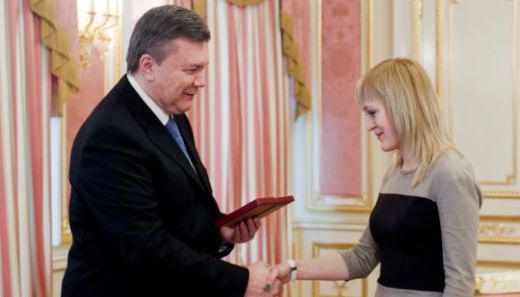 The meeting was also attended by President of the International Chess Federation Kirsan Ilyumzhinov and Head of the Youth and Sports State Office Ravil Safiullin.