Opening and Round One Report  (By Yochanan Afek)

As expected, the highest rated players in such a field already met fairly strong opposition as early as in the first round. While the first four favourites in the initial rating list (Navara, Vitiugov, Eljanov and Nepomniatchi) managed to score a first full point, the remaining two 2700+ players, Spain’s No.1 Vllejo-Pons and France No.2 Bacrot had to settle for a draw against former Israeli champion GM Yehuda Grunfeld and Swiss IM Richard Forster respectively.

The great upset of the first round was nonetheless the dramatic defeat of the current Israeli champion Victor Mikhalevski (2559) against 17 years old Itay Westreich who is rated 630 Elo points lower!  Having the white pieces Mikhalevski sacrificed a central pawn in the opening for well compensated initiative against the black king. His young opponent however did not lose his temper and defended accurately before launching a decisive counter attack against the white king. Another surprised member of the Israeli Olympic team was Evgeny Postny who lost against the 3 times former Israeli champion IM Nathan Birnboim (63).

The European chess championship was opened Monday evening in a highly entertaining ceremony held in Ramada hotel in Jerusalem. Some prominent friends and supporters of Israeli chess were present notably chairman of the finances committee of the Knesset (the Israeli parliament) MP Nisan Slomiansky who was extremely instrumental in raising the funds for the event, chairman of the national lottery general (ret.) Uzi Dayan, who is behind chess tuition projects for youngsters in the periphery and Moshe Slav, chairman of the Israeli chess federation and member of the ECU board Martin Huba. They all warmly welcomed the participants, wishing them that their stay in the Israeli capital would inspire their performance and the quality of their games.

The main attraction of the evening was a stunning performance of mind reading presented by the world famous Lior Sushard who amazed the speechless grandmasters and other guests with a series of his magical numbers. The drummer band Jaman provided the special ethnic flavour of the successful evening. “It was the best opening since I have attended this event for the first time 14 years ago” said GM Andrei Volokitin afterwards, pretty much expressing the general opinion.

248 players from 33 countries take part in the championship.167 of them are titled players of which 112 are grandmasters. Six grandmasters are rated 2700+ and seven are past European champions including the current champion, the Russian Alexander Motylev. The largest national group is,as expected, the Israeli one with 101 players led by Israel’s No.2 Maxim Rodshtein. The largest and the strongest guest group is the Russian delegation with 42 players ahead of Ukraine 12, Armenia and Turkey 9 each. 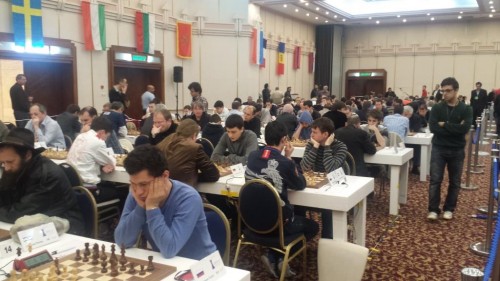 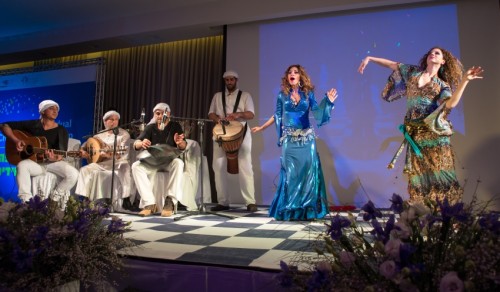 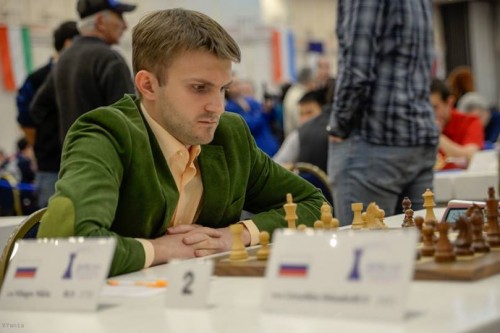