The Prime Minister praised Tsolakidou and said that she symbolises the best virtues of Greek people. He added that the young girl made the whole Greece proud of her achievements.

While leaving the Maximos Mansion, Stavroula Tsolakidou said that the Prime Minister is willing to help further the chess development in the country.

Tsolakidou added that her next event will be the Greek Championship for Women in Athens, 29 March to 6 April 2014. 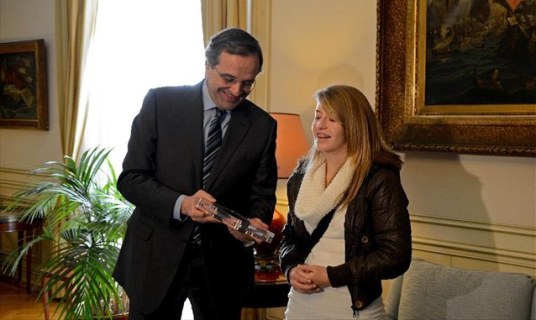