The first round of the Generations “Shchelkunchik 2014” Tournament was played today at the Botvinnik Chess Club in Moscow.

The younger Russian generation “The Princes” shocked their more experienced colleagues “The Kings” to take an early lead 5-3.

Alexei Shirov opened the score for the Kings by defeating Daniil Dubov. But Grigoriy Oparin immediately struck back in the game against Alexander Morozevich.

Alexey Dreev saved a difficult position against Vladislav Artemiev, and then Vladimir Fedoseev secured the advantage for the Princes by winning a seven-hour long game with Peter Leko. 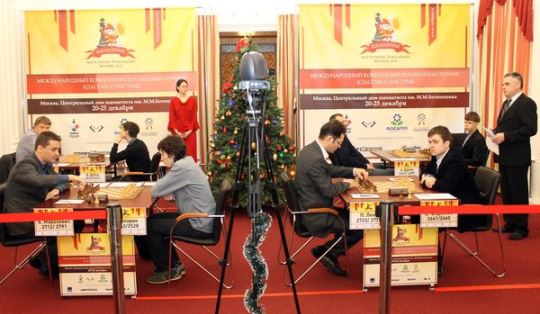 The classical part of the tournament takes place on 20-23rd December. The win is awarded with two points and draw with one point. The rapid games will be played on 24-25th December. 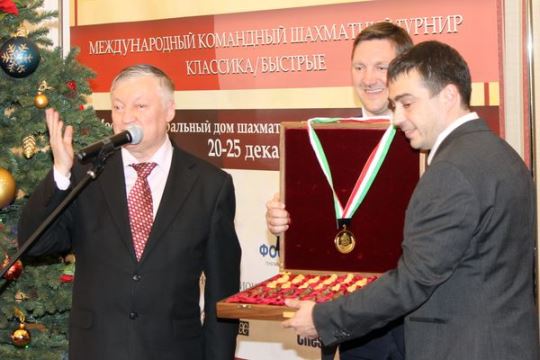 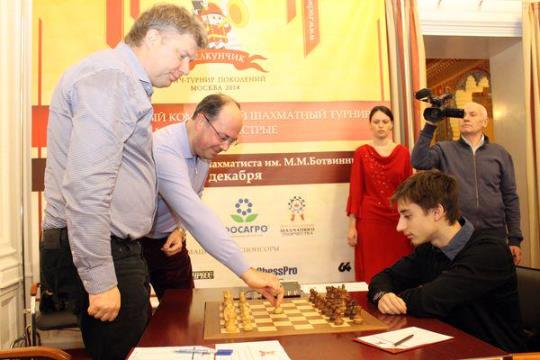