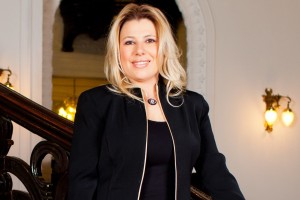 In the past, many grandmasters, including me, have taken advantage of short draws from time to time (as the rule allowed), to gain extra rest or for other strategic reasons. Until the rule is officially changed, I do not expect too many players to force themselves to play out every game. Therefore, I just officially made this proposal to FIDE:

There have been many discussions for a long time in the world of chess that there are too many draws, and especially far too many premature draws without a “full fight”.

Those “quick draws” or “incomplete fights” at professional competitions are very disappointing for all chess fans, sponsors, and media. They are also not the natural course of chess. In no sport competition can the two sides just stop fighting because they are tired or just because they “feel like it”. This type of action also sends a wrong message to young chess players.

At the General Assembly meeting (on September 8, 2012), Leo Battesti (of Corsica) had a proposal regarding abolishing all draws from the rules of chess.

A number of delegates and attendees at the General Assembly meeting commented on Mr. Battesti’s proposal. The large majority agreed that it is time for a change regarding draws. The only question is in the details.

First, I would like to state that I feel that it is important not to do any changes to the essence of a chess game. For example, one suggestion was that stalemating your opponent should count as a won game. I believe is going too far. Another suggestion was to eliminate draws by three time repetition. I do not think it is a good idea either. Both of those are natural parts of chess as we have known it for over half a millennium.

There are many short or long hard fought games (at times brilliant ones too) that end legitimately in a draw.

The idea to change the traditional scoring system (1-0, ½) for 3 points for a win and 1 point for a draw is imperfect too, as it unfairly punishes hard fought draws.

Here is my proposal

I think FIDE should consider eliminating the option of draw offers at all official FIDE events. Restricting the draw offer option to a certain number of moves seems artificial and makes no logical sense.

At official FIDE events, only with a judge’s approval should one be able to offer a draw. The judges should only approve/allow the draw offer if one of the following applies:

I would not apply this same mandatory rule for opens or private events. In non-official FIDE events, while it should be recommended, it should not be mandatory. It should be up to each organizer if they want (or do not want) to apply this recommendation.

Naturally, the game will end in a draw if stalemate occurs, or if there is insufficient mating materials, etc.