Rafael Leitao confirmed his rating favorite status by winning the Zonal Championship 2.4 that was held from April 27th to May 3rd 2013 at the Hotel Tropical, Ponta Negra Manaus – Brazil.

Leitao obtained an impressive score of 7.5/9 points, getting a 2683 rating performance by doing so. The same amount of points were achieved by Alexadr Fier, who will join his compatriot in this year’s upcoming World Cup.

Jorge Cori was the only participant that got 7 points. This third position is not the most pleasant, as he was left just out of the spots to the World Cup.

The event was a 9 rounds Swiss open. The time control was 90 minutes for the game plus 30 seconds increments per move starting from move 1. 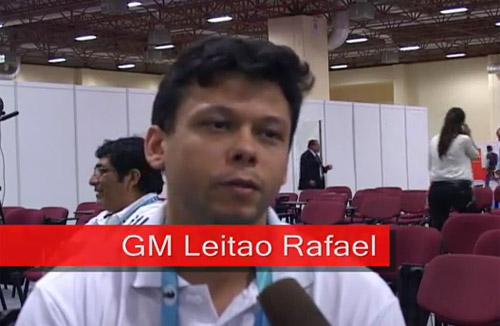