As expected, top seeds Ram Aravind of Tamilnadu and Priyanka Nutakki of Andhra Pradesh clinched the titles after beating Barath M of Goa and Lakshmi C of Tamilnadu respectively in the eleventh and final round in the National Under-11 Chess Championship-2013, which concluded here at Ludlow Castle Sports Complex on today.

Playing with black pieces, Ram had some anxious moments in the match as he faced stiff resistance from his Goan rival but managed to secure full point to take his point tally to ten. He won nine and drawn two in this eleven round Swiss System tournament to lift the coveted trophy with an unbeaten record.

While in the girl’s section, Priyanka easily overcame her final round rival without much struggle in 37 moves to register her tenth win in the tourney. The only lose she suffered in the event from the hands of Samridhaa Ghosh of West Bengal in the fourth round. Samridhaa finished fifth in the championship with seven and half points. 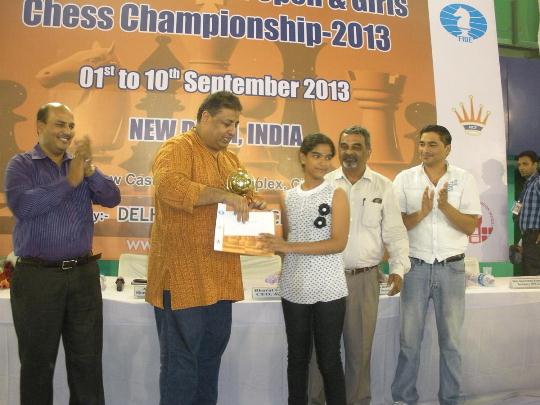 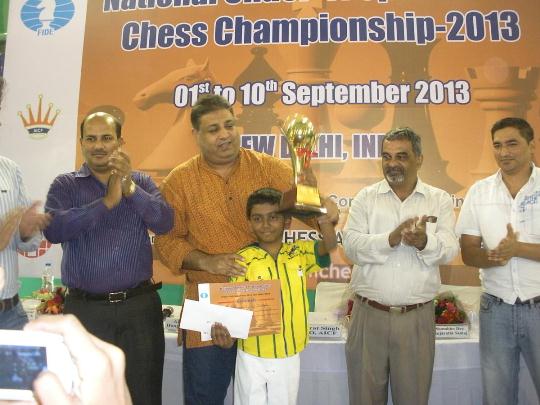 Vantika Agrawal brought cheers to home crowd by securing the runner-up position in the girl’s section with nine points after beating Krystal Fernandes of Goa in the final round. Odisha duo Salonika Saina and Anwesha Mishra tied for the third spot but better tie break score helped later to finish as second runner-up.

Meanwhile in the Open section, four players including local hope Aansh Gupta tied for the second spot with eight and half points but better Buchholz tie break score helped Rahul Srivatshav of Andhra Pradesh to finish second while second seed Saurabh Anand of Bihar, who beat Rahul in the final round to finish third. 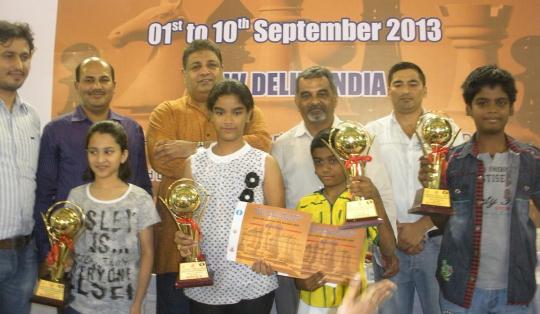 The Winners with Guests 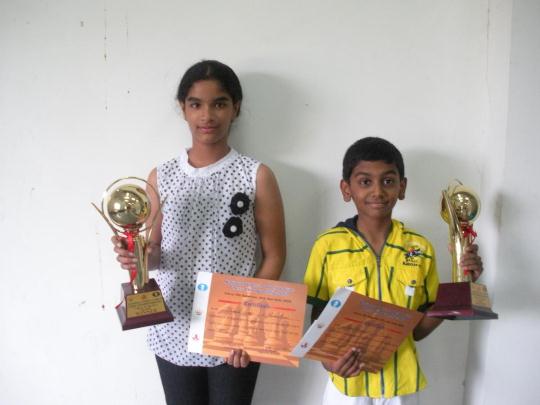 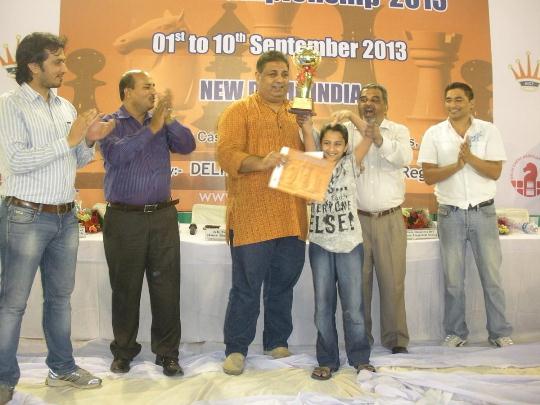 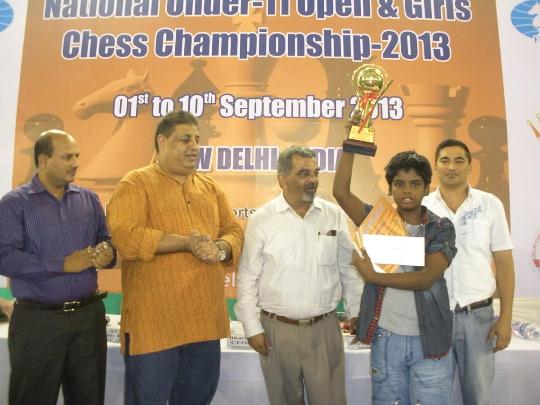