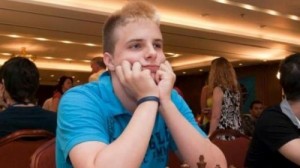 The young Hungarian prodigy won his first and third game, but Viktor Laznicka came back in the match with victories in the last two rounds. Thus the final result in the match was equal 3:3.

However, “Novoborska Sachova Corrida” made the event even more spectacular with an additional playoff match of two games to decide the winner. This time Richard Rapport was uncompromising and won 2:0. You can replay the games in the Arena Platform below.