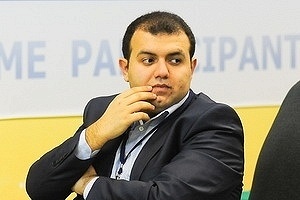 Just a few minutes after Ian Nepomniachtchi and Dmitry Kokarev repeated for a draw, Rauf Mamedov and Pavel Smirnov followed suit. Mamedov and Smirnov played awell known line of Sicilian Alapin, which led to material balance on the board. The players repeated moves and shook hands for a draw at move 27.

The games continue at this moment, follow Moscow Open 2013 with computer analysis