During the FIDE Executive Board in Abu Dhabi, UAE, the President of the Russian Chess Federation, the FIDE Vice President Andrey Filatov proposed to the FIDE President Kirsan Ilyumzhinov to run for FIFA President.

Andrey Filatov:
“Promotion and mainstreaming of the chess movement today requires a more proactive approach of national chess federations. We must act, reach out to communities far beyond chess clubs and become more open to the broadest cooperation with mass media, in order to promote our agenda.

We must participate in socially significant projects and, considering recent international developments, we must elaborate programs beneficial to societies and cooperate with mass media to promote them. 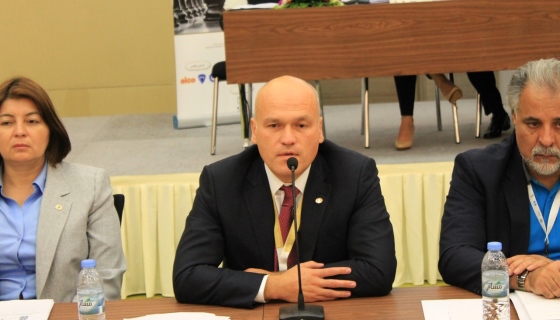 Amid the grave events in Donetsk last year, the Russian Chess Federation actively engaged with Ukrainian refugees, bringing in coaches and teachers, and organizing junior competitions. Named Chess for the Good, the project received press coverage and undoubtedly helped to promote chess. The experience was extremely useful. I am convinced that the FIDE members should actively engage with international social and humanitarian organizations, such as The International Red Cross, to gather support for chess and promote it further.

And one more point. It is no secret that international sports in general are currently in a difficult situation. The highly publicized recent FIFA scandal triggered a global public outcry, and the upcoming FIFA presidential election will be undoubtedly held under massive public scrutiny.

I suggest we consider and discuss our support for a specific candidate or, perhaps, nominate our own. 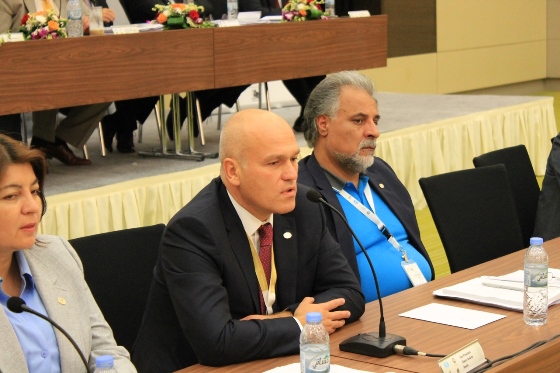 Personally, I suggest nominating Mr. Ilyumzhinov, an experienced sports manager with, among others, expertise in football, even though such nomination may surprise him. This would not guarantee victory but, according to the Olympic motto, the most important thing is to take part.

This would certainly allow us to increase media exposure. I repeat, we must jointly adopt a more proactive approach, develop chess programs, engage in socially significant projects, work towards the inclusion of chess in the list of Olympic disciplines, make sure chess becomes part of the Paralympic movement, and strengthen the reputation and authority of the FIDE in international sports.

You have witnessed success and efficiency of our projects Chess in Museums and Chess in Schools. Experience of the FIDE truly deserves mainstreaming and we must also promote the FIDE itself as an organization that unites 186 nations. Especially considering that FIDE is not a political organization and is focused on fostering peace and cooperation”. 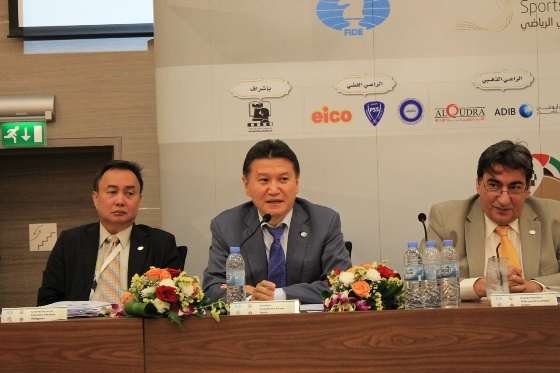 Kirsan Ilyumzhinov: “I will consider the proposal” 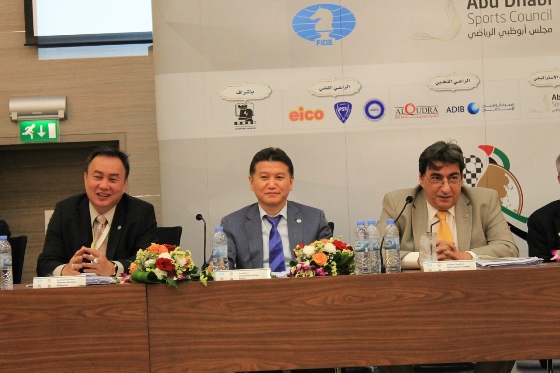