According to this deal, Renault Kaptur becomes the official car of RCF and will be granted to the winners of men’s and women’s Superfinals.

“A motor company becomes a strategic partner of Russian Chess Federation for the first time in history of our sport”, said Andrey Pankov. “We are proud that Renault Kaptur will become the official car of RCF. This is a new car designed under the control of our Russian engineering team, and it has great potential abroad. Success of this car will make us just as proud as we are proud of Russian grandmasters’ achievements.” 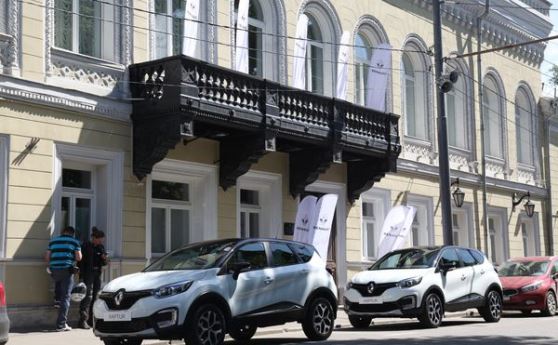 Mr Pankov also said that in his early years he studied chess at Junior Sports School #13 in Voronezh under the guidance of Vyacheslav Chistyakov. However, Mr Pankov admitted that his chess skill is much lower than Mr Filatov’s.

RCF President thanked Renault Russia for new opportunities provided for Russian chess players and for making the national championships even more prestigious and desired events. “We are happy that Renault becomes our strategic partner. This year this company will celebrate a hundred years of presence on the Russian market. There aren’t many companies that can boast such longevity! Our task is to make this partnership permanent”, said Mr Filatov.

The sides assured the press that they are planning to organize a number of new chess events, not only in Moscow, but in other Russian regions that have Renault dealership centers.