The Reykjavik Open has added one more round to its usual nine this year, and two will be played today. The players had to wake up early for a 9:30 session and will have to recover fast for the next round that starts at 16:30.

There will be minute by minute updates in the Chess bits section during this tournament.

The pairings for the second round were still unbalanced, but it was harder for the favorites to overcome their very motivated rivals. Even though there were big ratings differences, the top seeds faced titled players that have some experience in these situations.

The first upset of the day came very early. Scottish IM Andrew Muir (2313) defeated Egyptian GM Bassem Amin(2631) after just 19 moves. Amin blundered on move 17, when he sacrificed a knight with the idea of gaining the opponent’s queen a couple of moves later. However, he did not notice the knight fork Nf3 at the end of the line 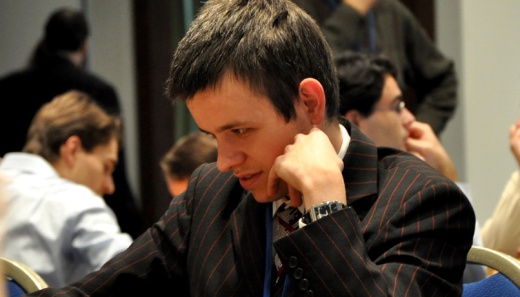 The game started with a Sicilian Defense where Navara, playing Black, chose to avoid the very main lines in order to try to outplay his opponent slowly in a positional struggle. However, Mammadova demonstrated that she was well prepared and played actively. The Azerbaijani had a slight advantage throughout the game, but Navara proved to be a good defender and simplified the position to a drawn 4 v 3 rook endgame. 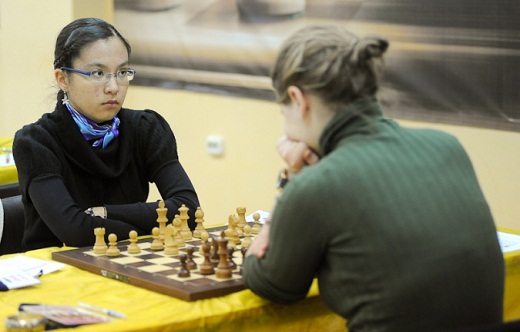 The lower rated players had another winner in Ukrainian IM Bogdan Borsos (226o), who defeated Chinese GM Xiu Deshun (2530).  The 46 year-old Ukrainian profited from a blunder made by the Chinese on move 30.

Kazakh WGM Dinara Saduakassova keeps the good form she showed in the recent Moscow Open. Today she signed a draw against GM Yuriy Kuzubov without any problems. The young Kazakh demonstrated her excellent opening preparation in the Grunfeld Defense and achieved a well deserved half point.

Round 3 will see the first GM clashes. Maxime Vachier-Lagrave will play against Simon Williams and the Chinese Bu Xiangzhi will face Icelandic National Champion Throstur Thorhallsson.

This day is especially interesting as the Icelandic Music awards will be handed out tonight during the 3rd round and those not using earplugs might be a bit distracted. This will be the only two rounds allowing such excuses. 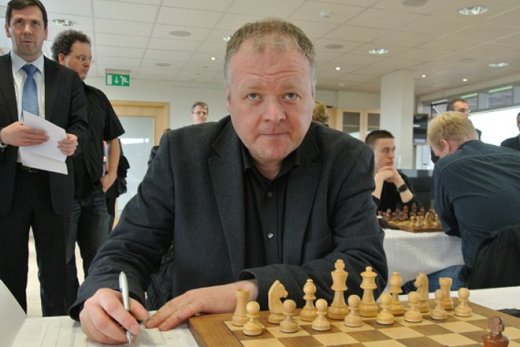