The penultimate round of the International Open Cappelle La Grande was played today. The players that arrived as joint leaders drew their games and two players from the chasing pack caught up with them: Maxim Rodshtein and Parimarjan Negi.

Rodshtein only needed 26 moves  the get the full point against Karen Grigoryan. The Israeli launched a strong kingside attack after castling on the other side of the board. The final position is very picturesque with the black king almost strangled in the corner.

Negi did not take long to win either. He played 30 moves of a Sicilian Defense against IM Nikola Djukic. The position was very sharp and both players made some inaccuracies, but the Indian finished on top with his active queen going for mate against a poorly defended black monarch. 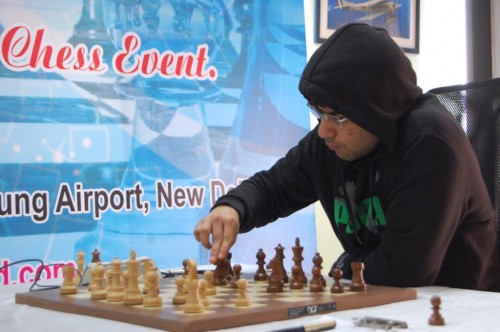 Sanan Sjugirov played with white against Sergey Fedorchuk. Sjugirov played the Catalan and looked for the initiative on the queenside. Fedorchuk had to start defending deep in his own camp. The Russian missed a very good chance to increase his advantage on move 25. Then, suddenly, the players agreed to a draw, probably to avoid some potential blunders that could happen in the time trouble.

The other leader Sergei Fedorov played with black against a member of the chasing pack, second seed Tigran Gharamian. Fedorov chose the King’s Indian Defense and the game followed the regular paths of this opening. However, when there was a lot of play in the position, the players agreed to a draw – just like in the game of the first table, it took them 26 moves to sign the peace treaty. 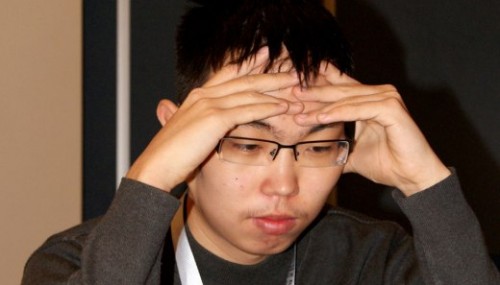 Tomorrow is the last round at Cappelle La Grande.