The 2013 edition of the Children and Junior Romanian Championships took place on 1st – 12th April in Calimanesti-Căciulata.

The events are being organized by the Romanian Chess Federation, the Bucharest Chess Club and the Calimanesti-Căciulata Chess Club.

All the tournaments were 9 round Swiss opens with a time control of 1h 15 min for 40 moves plus 15 minutes until the end of the game, with 30 seconds increments from move 1. 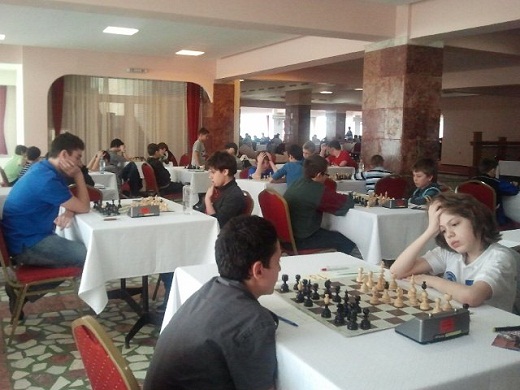 The playing hall during the fourth round