National Sub Junior Champion Sayantan Das got off to a flier holding Grandmaster Sahaj Grover to a draw in the first round of Rose Valley Open International Chess tournament that got underway here at Gorky Sadan Auditorium in Kolkata, India.

See the video by Vijay Kumar

Sayantan did well with his white pieces to win an exchange after an inaccuracy by Grover in the middle game but the higher rated player kept himself in by winning a pawn as compensation. As the time pressure was approaching Sayantan decided to play it safe and proposed the draw which was gladly accepted by Grover.

On what turned out to be a nightmarish start for the higher ranked Grandmasters host city’s fancied Grandmaster and six times National champion Surya Shekhar Ganguly was also forced to split the point with compatriot B S Shivananda. 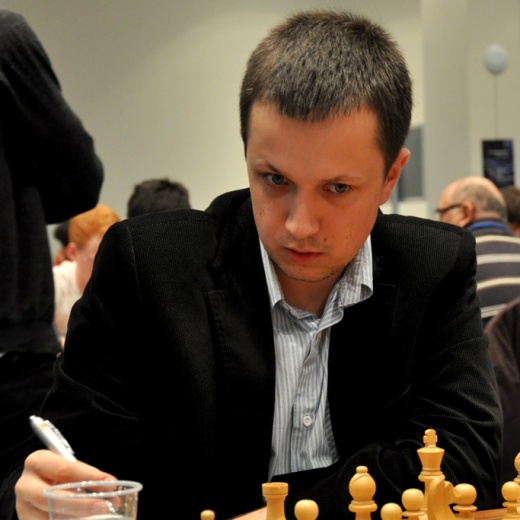 The other star from Kolkata – Sandipan Chanda also could not make it a desirable start and had to split the point with young International Master Shiven Khosla.

If this was not enough, Shardul Gagara, an upcoming 15 year old boy drew with 7th seed GM Viorel Iordachescu of Moldavia while IM Aditya Udeshi also earned a creditable half point from 9th seed GM Ahmed Adly of Egypt.

On the brighter side for the top seeds, highest rated Indian in the fray Abhijeet Gupta made short of National Women’s champion Mary Ann Gomes. The counter-attack in the Modern Benoni opening by the Kolkatan girl never took as she was caught in a positional skirmish leading to loss of material in the early middle game.

2nd seed Anton Korobov started his campaign with a victory in this strong tournament at the expense of Indian IM S Nitin.

Ex national women champion IM Eesha Karavade made top seed Radoslav Wojtaszek of Poland had to sweat it hard to earn full point after about 3 hours of grueling fight. As Radek himself conceded after the game, Eesha stood better.

Earlier before the start of the opening round, President of Alekhine Chess Club Mr. Madan Mitra, who is also the Sports & Transport Minister in West Bengal Government, opened the Rose Valley Open International Chess Tournament playing a move traditionally on the chess board along with top seed GM Radoslav Wojtaszek of Poland, GM Surya Sekhar Ganguly of India and GM Anton Korobov of Ukraine.

On behalf of West Bengal Govt. he assured all sorts of help to make the tournament a great success. He also said, his club would leave no stone unturned to improve and develop upcoming boys and girls of the state and would keep the momentum what Alekhine Chess Club had done so far.